England's Paul Casey overcame chilly conditions and a sore throat to grab a one-shot lead on day one of the European Open in Germany on Thursday.

World No.17 Casey showcased his powerful driving and precise iron play on the third-longest course on the European Tour to card a six-under-par 66, including five birdies on the last eight holes.

Victorian Lucas Herbert has put himself into the mix at three under thanks to five birdies and two dropped shots, sharing sixth place alongside Englishman Ben Evans and Swede Alexander Bjork.

"I can't explain how difficult that golf course is. I'm happy to be under par, never mind six.” – Paul Casey

South Australian Adam Bland is at one under with countrymen Jake McLeod and Harrison Endycott both on level par.

Casey, who last won on the European Tour at the KLM Open in 2014, was pleased with his performance at Green Eagle Golf Course in Hamburg.

"I can't explain how difficult that golf course is. I'm happy to be under par, never mind six."

Casey revealed he has been struggling with a sore throat.

"I'm not great, but it is what it is. Maybe beware of the sick golfer," the 42-year-old added.

World No.9 Xander Schauffele finished on one over, with fellow Americans Matt Kuchar and 2018 Masters champion Patrick Reed one shot further back. 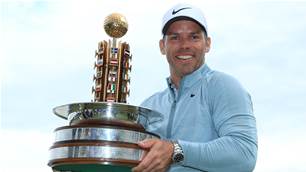 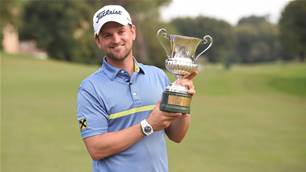 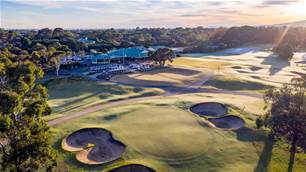