Be patient and hang in there for as long as you can.

This is Aaron Pike’s advice for those competing in the Victorian PGA Championship at RACV Cape Schanck Resort from October 24-27.

The reigning champion, who won the 2018 tournament by one stroke in a down-to-the-wire finish, is adamant that the player who hedges his bets and plays smart on the picturesque Mornington Peninsula course is the most likely to claim the Jack Harris trophy.

For the 92 professionals teeing it up this week, Pike’s warning is one that should be heeded by all.

“I said it last year right from the outset. I played the practise round earlier in the week and turned to the boys and said, ‘It’s probably not going to be who plays the best round on this golf course that wins, it’s going to be the guy who is the most patient and who hangs in there the longest,’” Pike said.

“My only advice to anyone this year is exactly that again, it’s whoever is going to hang in there the longest.

“This place is difficult, it’s going to beat you up, the wind is going to get you. You’re not going to be perfect but you’ve just got to know that going into it. Otherwise this place can get the better of you.”

Known for its undulating fairways, stunning views and rugged landscape, the par-70 Cape Schanck layout provides a test for all golfers.

Simple strategy was the key to Pike’s victory last year and is one he will apply yet again in 2019.

“Sunday was brutal playing this tournament last year,” he said.

“There was wind going everywhere, guys were having big numbers on holes, leads were changing and I didn’t really let any of that affect me, I just kept plugging away. “By the end of it I walked up to Michael Sim on the last and said ‘what have I got to do’ and he said you’ve got to get up and down.

“So I hit it stiff and got up and down and won the hole so realistically it won the tournament.”

Set on the southernmost tip of the Mornington Peninsula, the course is susceptible to fierce winds and heavy rain, both of which are expected to hit the course in the tournament’s final three rounds.

The conditions will also prove a test for the 81 amateurs competing in pairs with professionals in the Victorian PGA Celebrity Amateur Challenge.

Setting a strong lead in warm, sunny conditions in Thursday’s opening round will be an important task when the teams combine for the Four Ball Best Ball pro-am format, in which the top-25 teams will advance to Saturday’s third round and the top eight advance to the final round on Sunday.

While looking to improve his mindset on the course, Pike believes the pro-am style could be to his advantage.

“I’ve always played quite well in this kind of format, I think it’s something that sits well with me and might relax me a bit more,” he said.

“I can joke around and have a bit of a chat with whoever I’m playing with, take my mind off things and maybe help them and give them a few tips.”

The winner of the 2019 Victorian PGA Championship will receive the lion’s share of the $125,000 prize purse as well as Official World Golf Ranking Points and full exemption onto the ISPS HANDA PGA Tour of Australasia until the end of the 2020 season, including a place in the Australian PGA Championship field.

The final two rounds of the Victorian PGA Championship will be live-streamed on PGATV from 1pm AEDT on Saturday October 26 and 12pm AEST on Sunday October 27. 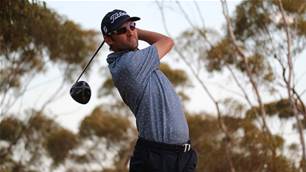 Sim puts knowledge into practice ahead of Vic PGA