Gary Woodland is the newest member of the coveted top eight in the U.S. Presidents Cup standings after he held off two-time defending champion Brooks Koepka to win the U.S. Open by three strokes at Pebble Beach Golf Links for his fourth career PGA TOUR victory and first major title. The win vaulted Woodland from No.12 to No.7 in the standings as he looks to represent the United States in the Presidents Cup for the first time in his 11-year career on the PGA Tour.

The Presidents Cup will return to Melbourne, Australia and The Royal Melbourne Golf Club for the third time, December 9-15, 2019, when the International Team, led by Captain Ernie Els, will take on the U.S. Team led by Captain Tiger Woods.

Prior to the win, Woodland was already in contention for a Presidents Cup bid after recording two runner-up results and five other top-10 finishes in 17 starts during the 2018-19 PGA Tour season. The victory was Woodland’s first since the 2018 Waste Management Phoenix Open.

“I've worked hard my whole life. I've been surrounded by amazing people and I always just wanted to be successful,” Woodland said. “I didn't know what it was, what I was going to do. I fell in love with golf, and it's transcended to today.”

Woodland is one of four players in the current top eight (Xander Schauffele, Patrick Cantlay, Bryson DeChambeau) who are hopeful to make their Presidents Cup debuts in 2019. The top eight on both teams through Aug.18 (following the BMW Championship) will officially qualify for the Presidents Cup. 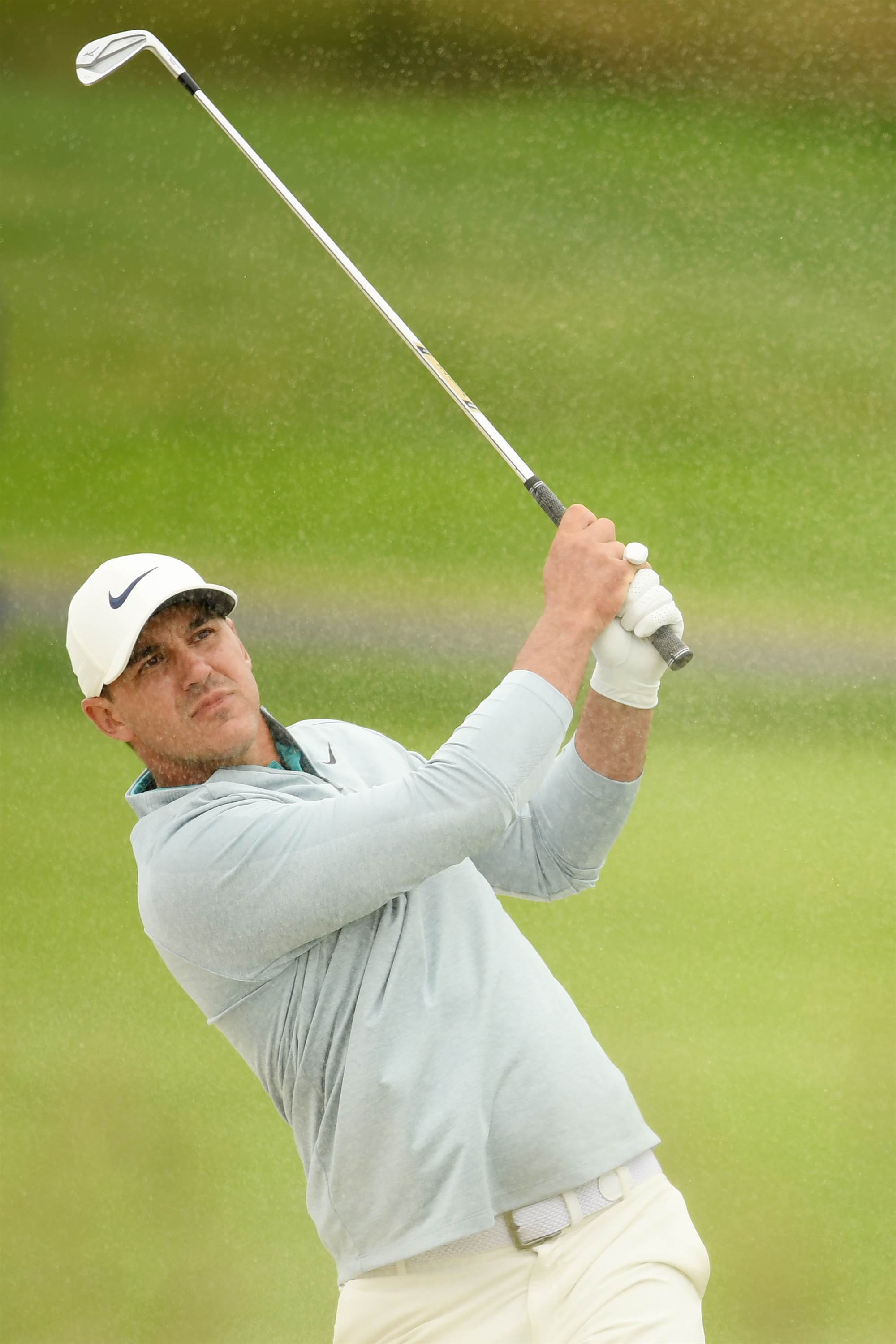 Elsewhere on the U.S. Team standings, Brooks Koepka claimed the No.1 spot after falling just short of winning a historic third consecutive U.S. Open. Koepka traded places in the standings with good friend and former Presidents Cup partner Dustin Johnson, who finished T35 at Pebble Beach to drop to second in the standings.

RIGHT: Koepka leapfrogged Johnson into the No.1 spot for the U.S Team standings after his runner-up finish at Pebble Beach. PHOTO: Ross Kinnaird/Getty Images.

Meanwhile, 25-year-old Schauffele is one step closer to booking his first trip to a Presidents Cup after a T3 finish moved him from No.5 to No.3 in the standings. The 2017 PGA Tour Rookie of the Year has quietly delivered an impressive season highlighted by two quality wins at the WGC-HSBC Champions and Sentry Tournament of Champions as well as a T2 at the Masters. In three career U.S. Open starts, Schauffele has finished T5-T6-T3.

U.S. Captain Woods carded a 2-under 69 on Sunday for his lowest round of the week to finish T21 but fell one spot in the standings to No.12.

The top of the International Team standings is still controlled by Marc Leishman, who has held the No.1 spot since December 2018. Leishman’s opening-round 69 proved to be his lowest of the week en route to a T35 result.

Australia is still well represented among the top eight in the International Team standings with Cameron Smith (No.7) and Jason Day (No.8) firmly in the hunt for an automatic qualifier spot. Day finished a respectable T21 at the U.S. Open after announcing Steve Williams as his new caddie to begin the week. Williams is known for his time spent caddying for both Woods and Scott.

The top 15 players in the International and U.S. Presidents Cup Team Standings as of June 17, 2019 are listed below. Click here for the full Presidents Cup standings.

The second edition of the Junior Presidents Cup will take place on Sunday, December 8 and Monday, December 9 at The Royal Melbourne Golf Club, with 24 of the world’s top junior players, excluding Europe, competing in the newest Presidents Cup tradition that was launched in 2017. Australia’s Stuart Appleby will captain the International Team while Justin Leonard will lead the U.S. Team.

On the U.S. side, 17-year-old Michael Thorbjornsen is coming off a memorable week at the U.S. Open where he became the second youngest player in U.S. Open history to make the cut. The Wellesley, Mass., native was also grouped with 2017 U.S. Junior Presidents Cup Team Captain David Toms in the first two rounds.

Australia’s Karl Vilips, who was a member of the 2017 team, leads the International Team standings after finishing third in the AJGA’s Wyndham Invitational over the weekend. Vilips is one of two Aussies in the top 12 of the standings and is joined by Joshua Greer (No.11). At No.2 in the standings, Wilco Nienaber is the one of seven South Africans who are currently in position to qualify.

The top 12 players for the International and U.S. Teams as of June 17, 2019 are listed below. Click here for the full Junior Presidents Cup standings.

Four Captain’s selections will be made at a to-be-determined later date.

The top eight U.S. PGA Tour members who have earned the most FedExCup points from September 11, 2017 (2017 BMW Championship) through 2019 BMW Championship, weighted as follows:

Four Captain’s selections will be made at a to-be-determined later date. 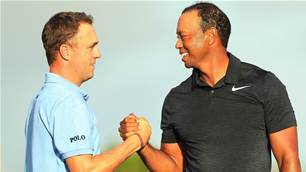 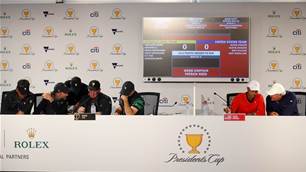