Next week's Memorial Tournament, which was supposed to be the first since the US Tour's return from its three-month COVID-19 hiatus to include spectators, will instead be held without fans.

The Jack Nicklaus-hosted event at Muirfield Village Golf Club had received state approval in mid-June to have limited attendance and planned to allow 20 percent maximum capacity on the property for the July 16-19 event.

But the PGA Tour announced on Monday that due to the rapidly changing dynamics of the COVID-19 outbreak, the Memorial would instead go ahead as its sixth consecutive tournament without fans.

"Given the broader challenges communities are facing due to the ongoing COVID-19 pandemic, we need to stay focused on the No.1 priority for our return to golf – the health and safety of all involved," PGA Tour Commissioner Jay Monahan said in a news release.

"While this was a difficult decision, it was one made collectively, and we are appreciative of the process undertaken to this point that will allow us to welcome on-site fans when the time is right."

“Given the broader challenges communities are facing due to the ongoing COVID-19 pandemic, we need to stay focused on the No.1 priority for our return to golf – the health and safety of all involved.” – Jay Monahan

The number of US coronavirus deaths has exceeded 130,000, following a surge of new cases. Nationally, cases are nearing three million, the highest tally in the world and double the infections reported in the second most-affected country Brazil.

The Memorial will feature some of the biggest names in golf as world No.1 Rory McIlroy and five-time major winner Phil Mickelson are among those who have already committed to the event ahead of Friday's deadline.

Ohio Governor Mike DeWine said the decision to close the course to the general public was the right one.

"I know it was a difficult decision to make, but the organisers of the Memorial Tournament have put the health and safety of players and fans first," said DeWine.

Since the PGA Tour returned to action in June, it has held spectator-free tournaments in Texas, South Carolina, Connecticut and Michigan. Muirfield will host this week's Workday Charity Open, which will also be closed to the general public. 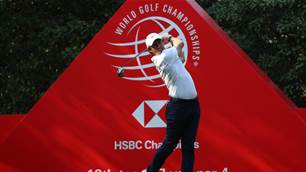 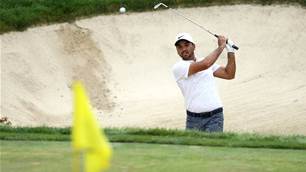