Emerging star Min Woo Lee has taken a share of the lead after the opening round of the DS Automobiles Italian Open in Rome.

Lee posted a brilliant seven-under par 64 to join former Open champion Henrik Stenson and Finland's Kalle Samooja at the top of the leaderboard.

The 23-year-old carded eight birdies and a single bogey at the Marco Simone Golf Club.

Starting on the 10th tee, the West Australian raced out of the blocks with six birdies during his opening nine.

He consolidated his round with two more birdies on the way home after his only blemish came on the par 4 11th, his second hole.

"I hit it really good off the tee, didn't really give myself position to make bogey." - Min Woo Lee.

A two-time winner on the European Tour, the reigning Scottish Open champion was delighted with his opening round.

"It was really good. I hit it really good off the tee, didn't really give myself position to make bogey," he said.

"I made one but other than that I played solid and made my up-and-downs when I needed to."

Stenson continued to press his case for a Ryder Cup wild card.

The Swede carded seven birdies in a flawless opening 64 at Marco Simone Golf Club, which will host the biennial contest between Europe and the United States in 2023.

The 45-year-old has made five appearances in the Ryder Cup and won all three of his matches as a wild card in Paris in 2018 but had slipped outside the world's top-200 before finishing fourth and third in the last two weeks.

Stenson is also scheduled to contest next week's final qualifying event, the BMW PGA Championship at Wentworth, after which Europe captain Padraig Harrington will name his three wild cards for Whistling Straits.

Edoardo Molinari, who was part of the victorious Ryder Cup side in 2010, recorded a hole-in-one on the seventh on his way to an opening 65 to share fourth place with Eddie Pepperell and Queenslander Scott Hend.

"It was a very good shot, it was a perfect yardage for a 5-iron," Molinari said.

"As soon as I hit it I knew it was going to be very, very close, but obviously to go in there's a bit of luck and I'm happy it went my way today.

"As a professional I've had five, maybe six holes-in-one and never won anything, so today was a bit of a bonus as well to win a car." 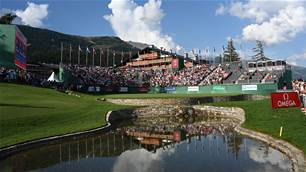 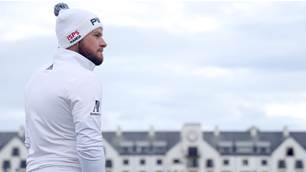 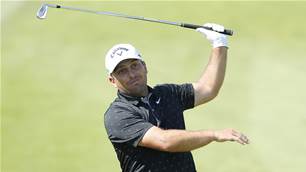