Curtis Luck says he is not intimidated by a star-studded Canadian Open field headlined by World No.1 Brooks Koepka despite entering the business end of his fight to stay on the PGA Tour.

Luck is among a small Australian contingent teeing up at the Canadian Open, brought forward six weeks as a US Open precursor.

The change has convinced stars to flock to the Hamilton event to sharpen their games ahead of next week's US Open at Pebble Beach in California.

Contending at a 156-player field featuring four of the six top-ranked golfers in the world could prove a significant challenge for the 22-year-old Luck.

But the Perth native said it'd be no different to any other PGA Tour event.

"I could not care less how many big names are in the field," Luck told AAP.

"It's good for the event that a lot of the top players are here. The Canadian Open has always had a decent field, but not a great field. Being right before the US Open now is a different story. "But the goal doesn't change for me – you still have to beat the same amount of players if you want to win."

Luck requires at least one hot result given he has a likely five events left on his PGA Tour season.

He currently sits 149th on the FedExCup points race and must jump inside the top 125 to advance to the playoffs and keep his PGA Tour card for next season.

Doing so will avoid another relegation to the secondary Web.com Tour finals, from which Luck won promotion last year.

"But the five events I've got coming up have courses that I feel really suit me."

This week's Canadian Open returns to Hamilton Golf Club, outside Toronto, for the first time in seven years.

"It's an unusual course and unlike anything we see on the PGA Tour," Luck said.

"It's short and dinky, but with thick rough and severely undulating greens. It's an old-school course and I like it."

Joining Luck in the field are fellow Australians Cameron Davis and Rod Pampling. 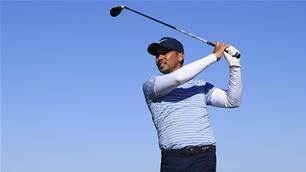 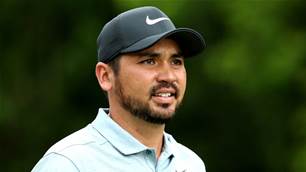