As ever in a world where three of golf’s four major championships are played inside one nation, the “home side” will be heavily favoured when the 101st US PGA Championship kicks off at Bethpage Black on New York’s Long Island, 36 miles east of Manhattan.

In the 100 previous contests for the giant Wanamaker Trophy, an American has emerged victorious on 80 occasions. If the deck isn’t exactly stacked, it is tilted more than a little.

Still, there is hope – albeit statistically limited – for the other nations represented here. For example, Australia’s eight representatives in the 156-strong field will be hoping to emulate five of their compatriots – Jim Ferrier in 1947, David Graham in 1979, Wayne Grady in 1990, Steve Elkington in 1995 and Jason Day four years ago – and claim the title.

Of the eight – Jason Day, Stuart Deane, Lucas Herbert, Craig Hocknull, Brendan Jones, Marc Leishman, Adam Scott and Cameron Smith – Scott represents perhaps the best hope of success. While Day and Leishman are currently ranked higher than the 2013 Masters champion, Scott is the only one of the three who has this year made progress on that all-important list.

More significantly, Scott’s record at the highest level has shown signs of life after a barren couple of years. Third in last year’s PGA at Bellerive – where, for most of the final day, he offered up the strongest challenge to the eventual winner, Brooks Koepka – he led this year’s Masters at the halfway point before falling away over the weekend to finish T-18. Whatever, especially on a sodden Bethpage Black course that will surely play into his long-game strengths, Scott is a legitimate contender once again. “Winning a major never comes easily,” says the 13-time PGA Tour winner. “But after a couple of years where I just wasn’t playing well enough – that was really frustrating – I feel like I’ve got my game back to the level you need to be on to win. Plus, I have a lot of experience in majors. I was right there a lot for a few years, even if I only managed to win one.

“I know how important it is to take chances when they come along. That’s the real challenge for me – not thinking too much and analysing if I’m in contention come Sunday. I just have to play. Which is easy to say but not always easy to do in pressure situations.”

Which is not to say that Scott is one who follows the popular line summed up neatly by Open champion Francesco Molinari. Asked to describe the fearsome 7,459-yard layout the players will be faced with over the coming days, the “champion golfer” of 2018 got straight to the point: “Long, very long, and extremely long.”

While acknowledging that basic fact, Scott was equally quick to identify the approach shots as perhaps even more important than the mere hitting of fairways.

“For myself, the length off the tee isn’t the problem,” he says. “I like my chances when the most important shots are being played 150-220 yards from the greens. In saying that, my wedge game is very good statistically this year. So I like where everything is at. I just have to get out of my own way and play. My game is there.”

Also energising Scott is the fact that the Bethpage greens are generally pretty flat with only subtle contours, albeit those are often located on different tiers. The theory being that the best putters in the field will enjoy less of an advantage than at, say, Augusta National.

“The greens are fairly simple,” confirms Scott. “When there is slope it is more because there is a tier in the green. So there are flat sections you have to find. So, while there isn’t that much to them, many of the greens do have a back-to-front pitch. I see a lot of that in this part of America. So you have to favour being below the hole. The rough is up and this is a major so you really don’t want to be over the back of too many greens.”

One last factor could well work in Scott’s favour. Along with his seven compatriots and just about everyone else in what annually claims to be “the strongest field in golf,” he will be playing in relative anonymity. inevitably, the biggest story in town this week is Tiger Woods and his quest to add a sixteenth major title to the fifteenth he won last month at Augusta.

“The weather is supposed to get better but I’m not sure the course will dry out enough to get tricky,” says Scott. “Because it is soft, we will have more margin for error on even the longest shots into the greens. Even a pulled 3-iron isn’t going to run too far after landing on the greens. So many guys will be in ‘attack-mode.’

“Still, as Tiger showed at Augusta, slow and steady can be just as effective. He played like the most experienced guy, which he is. I wasn’t surprised. What was more interesting was how he put himself in position to execute in that manner. He hadn’t been there for so long. And, albeit on a different level, that’s how I feel about my own chances. If I can get into contention, I will know how to get the job done. I like what I’ve seen in myself at the last two majors.” 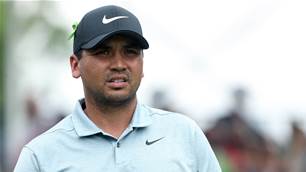 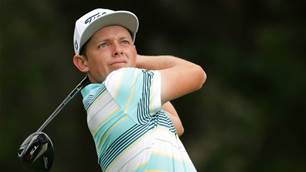 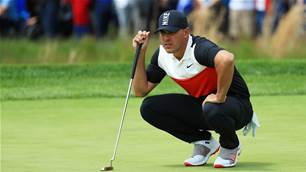