Green is four shots shy of Park, who has taken the clubhouse lead in Friday's second round at Royal Adelaide.

Park, a seven-time major winner and reigning Olympic champion, is 10-under after firing four-under 69 on Friday.

Perth's Green is six under after a rollercoaster second round 71 featuring five birdies and three bogies. 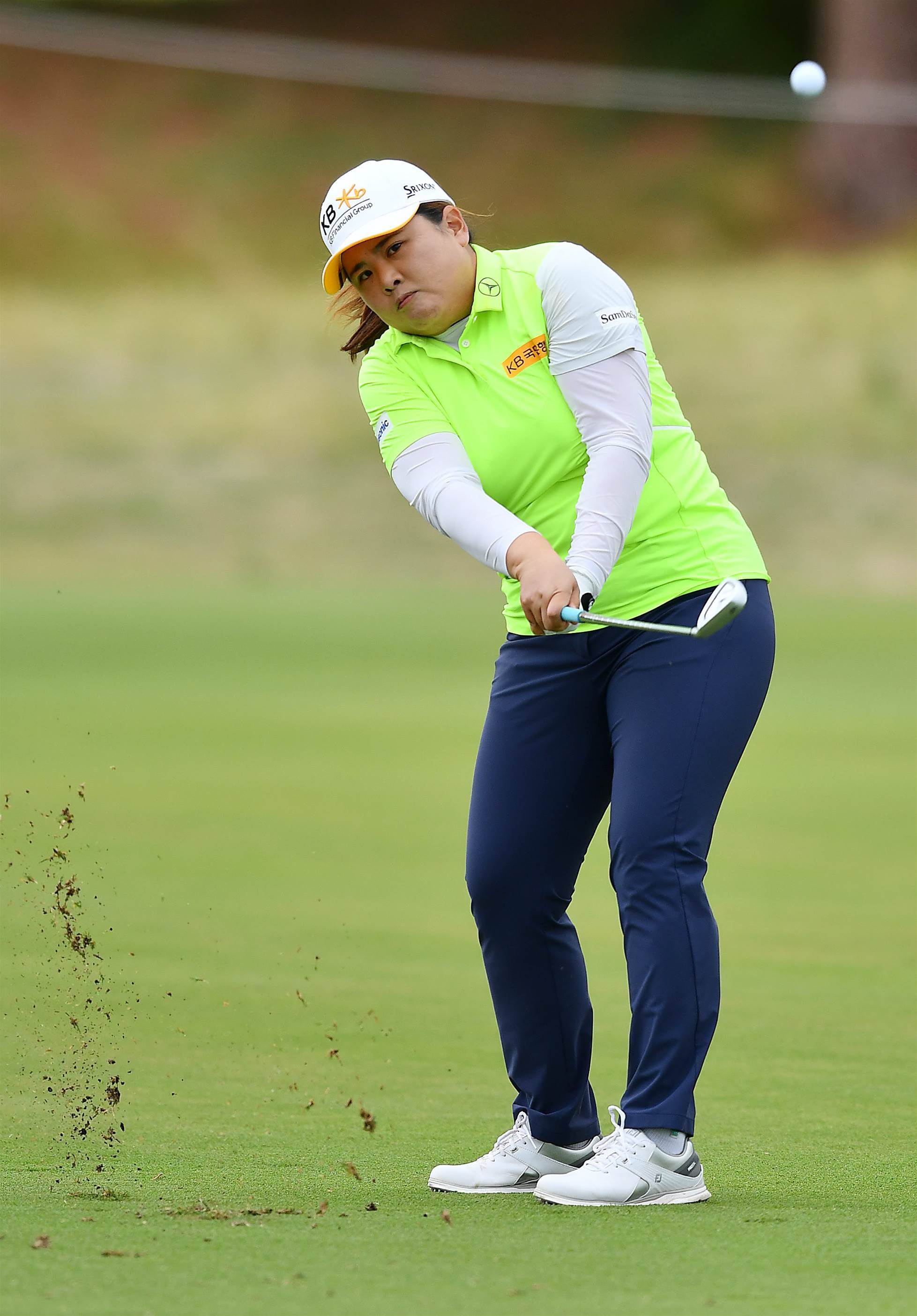 And Green is well aware that it will be hard to catch Park, the former World No.1 who has collected 19 LPGA Tour titles in her decorated career.

RIGHT: Park is 10-under par heading into the weekend at Royal Adelaide. PHOTO: Mark Brake/Getty Images.

"Hopefully I can have some putts drop and be in contention."

England's overnight leader Jodi Ewart Shadoff (seven under) has just started her second round while Frenchwoman Celine Boutier moved to seven under by shooting 69 on Friday.

Top-ranked Australian, World No.8 Minjee Lee (three under) and Sydneysider Robyn Choi (two under) are the only other locals under par.

Both have just begun their afternoon rounds, as has five-time Open champion Karrie Webb (one over).

Currently, those even par or higher will be cut from the weekend action.