The Australian summer of golf should be in full swing but instead fears have emerged that many struggling stars on JobKeeper are about to give up the game.

The cancellation of the summer's three flagship events – the Australian Open men's and women's tournaments and the Australian PGA Championship – has left touring professionals across the country battling to make ends meet.

Tournament Players' Council representative Dimi Papadatos, the 2018 Australian Open runner-up, hopes his peers can ride out of the coronavirus storm but, in reality, knows many won't.

"If the guys can get through this part, me included, and we can just hang in there, it will get better but we're definitely in a very tough place," Papadatos told AAP.

"A lot of guys are on JobKeeper. That's probably the only thing that's keeping a lot of us ticking over."

"Obviously things are difficult and things can change, but you still probably should have one just to know what's going on and give some sort of reassurance to the guys that we can play," Papadatos said.

"Because unfortunately you're going to see a lot of guys that throw it in. It's such a long time without playing and then even though these (smaller) events are on, you're not actually making enough.

"There's not many guys walking away making a living out of the game if you pay for expenses and travel and flights for six weeks and you play for a $600,000 purse.

"If you're a Tour professional in Australia, you can't actually make a living and it's a little bit laughable that you're a pro golfer."

The 2020 Australian Open was initially scheduled for last week, before being postponed and then scratched altogether two weeks after Sutherland was appointed as GA's new CEO in October.

Players are burning knowing the Open and the PGA Championship won't take place, especially when the $1.72 million South African Open will start on Thursday night despite South Africa reporting more than 38,000 new coronavirus cases in the last two weeks

Papadatos, though, does accept that it is logistically and commercially impossible for the Open and PGA to be staged this year given the state border restrictions and sponsors not willing to cough up without superstars like Rory McIlroy, Adam Scott or Jason Day teeing up.

"I do understand how difficult it is (for officials) to just put it together," he said.

"After speaking with them and asking all the hard questions, it made a lot more sense and you start to realise that they are there trying to help us."

But he wants more from Sutherland, who declined the opportunity to discuss the matter with AAP.

"It's disappointing that a guy like that wouldn't talk and explain why these tournaments aren't on," Papadatos said.

"(ARLC boss) Peter V'landys would be doing that for rugby league – why it's not on and how we're going to try and get it back and answering to people.

"Whereas they just seem to sweep it under the rug and everyone's left not knowing what's going on." 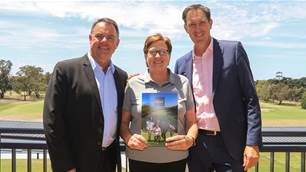 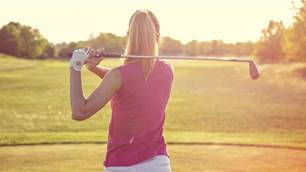 Nine million reasons why golf is booming down under