South Africa's Branden Grace has fired a stunning final round at the Puerto Rico Open that featured an eagle-birdie finish to capture his second PGA Tour title.

Grace carded a six-under 66 to finish at 19-under 269 and one stroke ahead of Venezuela's Jhonattan Vegas, whose 65 matched the low round of the day at the Grand Reserve Country Club in Rio Grande, Puerto Rico.

"It was good, just being able to hit the shot that I needed. Just played the right shot at the right time," said Grace, who choked up in his post-round interview with the Golf Channel.

"You know my old man passed away not too long ago, but he always said I'm an aggressive player and he was watching over me, and in the end it was enough."

Grace, who entered the week in the dreaded "bubble" position at No.125 in FedEx Cup points, secured 300 points and a two-year PGA Tour exemption with the win – his first since the 2016 RBC Heritage.

"My old man passed away not too long ago, but he always said I'm an aggressive player and he was watching over me, and in the end it was enough." – Branden Grace

Australian veteran Cameron Percy, who started the final round in a share of third with Grace and played in the final group with Murray and Campos, mixed four birdies with three bogeys for a one-under 71 and a share of seventh at 14 under.

Grace holed out from a greenside bunker for an eagle on the 17th and then birdied the last, to reel in and pass Vegas, who had set the clubhouse leader after surging up the leaderboard.

"I spoke to my mum this morning and my wife told me my dad's with me, he's watching over me, he'll give me the guidance I need and he did," Grace said.

The Puerto Rico Open is an alternate-field PGA Tour event running concurrently with the World Golf Championship event in Florida. 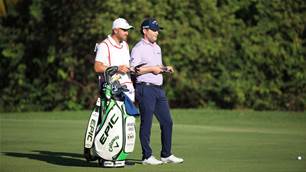 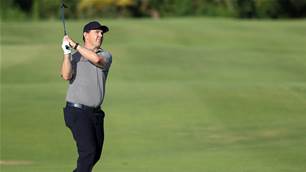 Chalmers in the hunt at Puerto Rico Open