Rory McIlroy believes countries such as Australia and his native Northern Ireland show legalised sports betting will have no effect on the PGA Tour, despite gambling companies increasing their links to American golf.

It followed the US Supreme Court last year overturning a 1992 federal law that prevented commercial sports betting in most states.

It is now legal in eight US states, with 22 others considering bills on betting.

Tour players can now be endorsed by casinos and legal US-based gambling companies, as long as that company's primary purpose is not sports betting.

Eligible companies include fantasy sports websites such as DraftKings and FanDuel. Ireland-based betting company Paddy Power Betfair purchased a majority stake in FanDuel and will rename itself Flutter Entertainment as it looks to become the largest online US sports betting provider.

McIlroy agreed Northern Ireland and Australia – where sports betting is prevalent – were evidence golf could co-exist with gambling, but did have concerns about golf expanding its reach to other US markets. "I always think golf should hold itself to the highest standard possible ... I don't want to feel like we're going away from that to try to attract a new audience," McIlroy told AAP at the Arnold Palmer Invitational in Florida.

RIGHT: McIlroy believes golf can co-exist with gambling as long as the integrity of the game is not lost. PHOTO: Peter Muhly/AFP/Getty Images.

"Where I'm from, (betting) is a way of life as long as we keep the integrity of the game, and that would be my only reservation."

However, golf great Ernie Els is not as confident as McIlroy.

In fact, the 49-year-old is worried golf could inherit match fixing issues which have rocked international cricket including in Els' native South Africa.

"It can become problematic; it became a huge problem within cricket with guys fixing matches," Els said.

"They're opening it up (to danger); there will have to be a lot of meetings."

Four-time major winner Els joked that he would have appeared to be fixing his score when he infamously six-putted from within six feet on the first hole at Augusta National during the 2016 Masters.

It happened during the first round and Els recorded a 9 on the par-4, equalling the worst ever score on Augusta's opening hole.

"They have to watch (gambling) very carefully in golf ... if you watched me at that Masters you would have thought I was (match-fixing)," Els laughed.

"You'd have thought, 'What's this guy doing? He's getting paid!’ These things will probably happen; that's the world we live in." 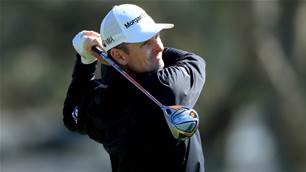 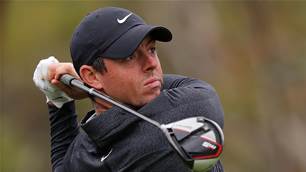 McIlroy not fearful about Tiger’s injury