Aaron Baddeley's hopes of a first win in almost five years appear to have been sunk by three early dropped shots in the third round of the PGA Tour's alternate event in the Dominican Republic.

Starting moving day of the Corales Puntacana Resort & Club Championship just three shots off the pace, Baddeley bogeyed three of his opening five holes to slide down the field.

The two-time Australian Open champion, who hasn't captured a title since the Barbasol Championship in July 2016, dropped from a share of 12th to tied for 31st heading into the final round.

Overnight co-leader Rafael Campos holed out for birdie with a putter from off the front of the 18th green to end day three at 10-under and alongside Joel Dahmen.

"I didn't want to chip it, so I'm like, 'Just hit a putt and hopefully lag it up there close," Campos said about his closing birdie.

"It was one of those days. That was a bonus for sure.

"I was struggling all day and I'm really happy where I'm at right now. I'm glad it's done."

Ranked 427th in the world, Campos is trying to break through in his 37th PGA Tour start.

The 33-year-old is also winless on the PGA Tour.

"You have to stay patient, but you also have to take advantage of the opportunities," Dahmen said.

Former Masters champion Danny Willett (67) and Michael Gligic (68) are third for third a shot behind the leaders.

Emiliano Grillo (65) and Thomas Pieters (69) were 8-under while defending champion Hudson Swafford (68) is in a group that includes 2019 winner Graeme McDowell (70) a shot further back.

Rhein Gibson shot a second successive 3-over 75 to be 4-over.

Swafford won in September when the event was held a week after the US Open, earning a spot in the Masters this year because Punta Cana was not an opposite-field event.

The winner this year will not be rewarded with a Masters spot because the tournament is being played opposite the WGC Match Play. 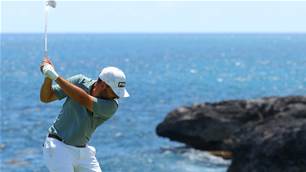 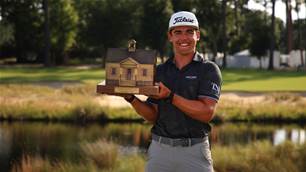 Star on the rise: Higgo triumphs on PGA Tour 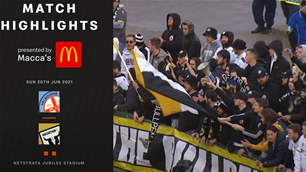 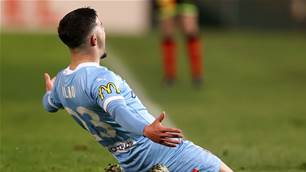