Thailand’s Pavit Tangkamolprasert defeated compatriot Phachara Khongwatmai and Australian David Gleeson with an incredible chip-in birdie on the second playoff hole to clinch his second Asian Tour title in style at the Sabah Masters on Sunday.

The 30-year-old Pavit, who suffered a playoff defeat at the Thailand Open two weeks ago, redeemed himself by emerging victorious in a four-way playoff against Phachara, Gleeson and Aman Raj of India at the Sutera Harbour Golf and Country Club.

Pavit marked his week’s best efforts with a closing six-under-par 65 to force extra time with Phachara (67), Gleeson (68) and Raj (63) after the quartet ended regulation play with matching totals of 13-under-par 271s at the US$300,000 full-field Asian Tour event.

The first playoff hole, which was held on the par-4 18, saw Raj bow out with a bogey while the others made pars. The remaining trio found the centre fairway on the second extra hole but their second shots were all short of the green.

“I didn’t even expect to get into a playoff. I finished my round early and I already changed out of my golfing attire and getting ready to go to the airport!” – Pavit Tangkamolprasert

It was Pavit who sealed the deal with his 15-yard chip-in birdie from the fringe while Phachara and Gleeson missed their chips to settle for pars. Pavit’s birdie on the 74th hole is only the second one recorded in the final round of the Sabah Masters.

“I didn’t even expect to get into a playoff. I finished my round early and I already changed out of my golfing attire and getting ready to go to the airport! Had to change back again when I know I’m in the playoff. It’s really incredible.”

Said Gleeson: “I feel good about the last round, I did everything that I wanted to do. I don't think I really made any sort of, you know, like a crazy sort of errors it was just all very patient which is just a really good feeling.”

The inaugural Sabah Masters was proudly supported by the Tourism Malaysia with an aim to boost tourism in Sabah. 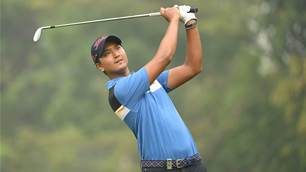 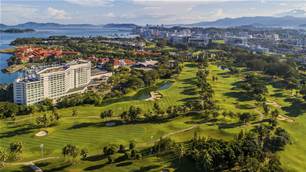