The youngster in question was Yarra Yarra Golf Club member Amelia Harris, the youngest of the 30 amateurs in the field at the tournament, and Clayton’s assessment was on the money.

The one-marker signed for an impressive two-over 74 on day three of the tournament to be in 54th position and ahead of seven players.

At 13, Harris is 49 years younger than the oldest player in the field, Peter Fowler, and took just one more shot than the 1983 Australian Open winner at her home course on day three (though off different tees).

“Hard to know what to say,” said Fowler when asked his thoughts on the difference in age.

“Not many other sports where that could happen.” 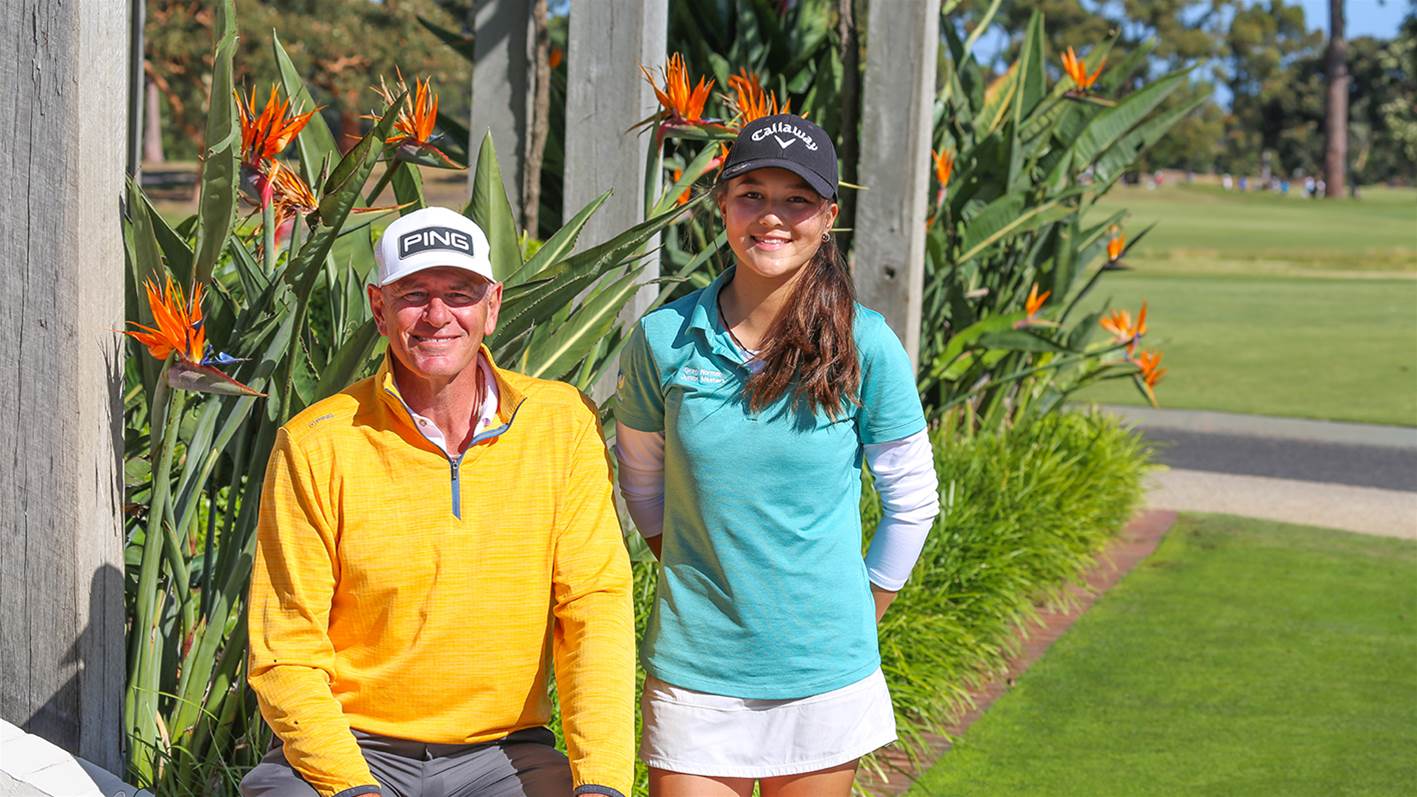 The old and the young: Peter Fowler and Amelia Harris after the third round of the Sandbelt Invitational. PHOTO: Brendan James.

“It feels weird that we’re playing in the same tournament,” she said.

“But I like it. I like to compete with all different ages, not just all the same age group. You can learn a lot from people who’ve been playing a long time.”

Golf Australia magazine introduced the pair after the third round and asked Fowler what advice he would give the teenager.

“She could probably teach me a few things about enjoying the game,” he said with a laugh.

But the veteran followed up with some words of wisdom that clearly struck a chord with Harris, who has already spent more than half her life playing the game.

“Be patient” he said, “because golf’s a long career.

“Every day, ask yourself what you could have done better to play better that day. Where was my strategy wrong or where did I play the wrong shot.

“If you can get a little bit better every day you’ll be doing well.”

Harris showed wisdom beyond her years when given the opportunity to ask Fowler a question.

“My question is how do you keep your anger and emotions down and move on to the next shot?” she asked. 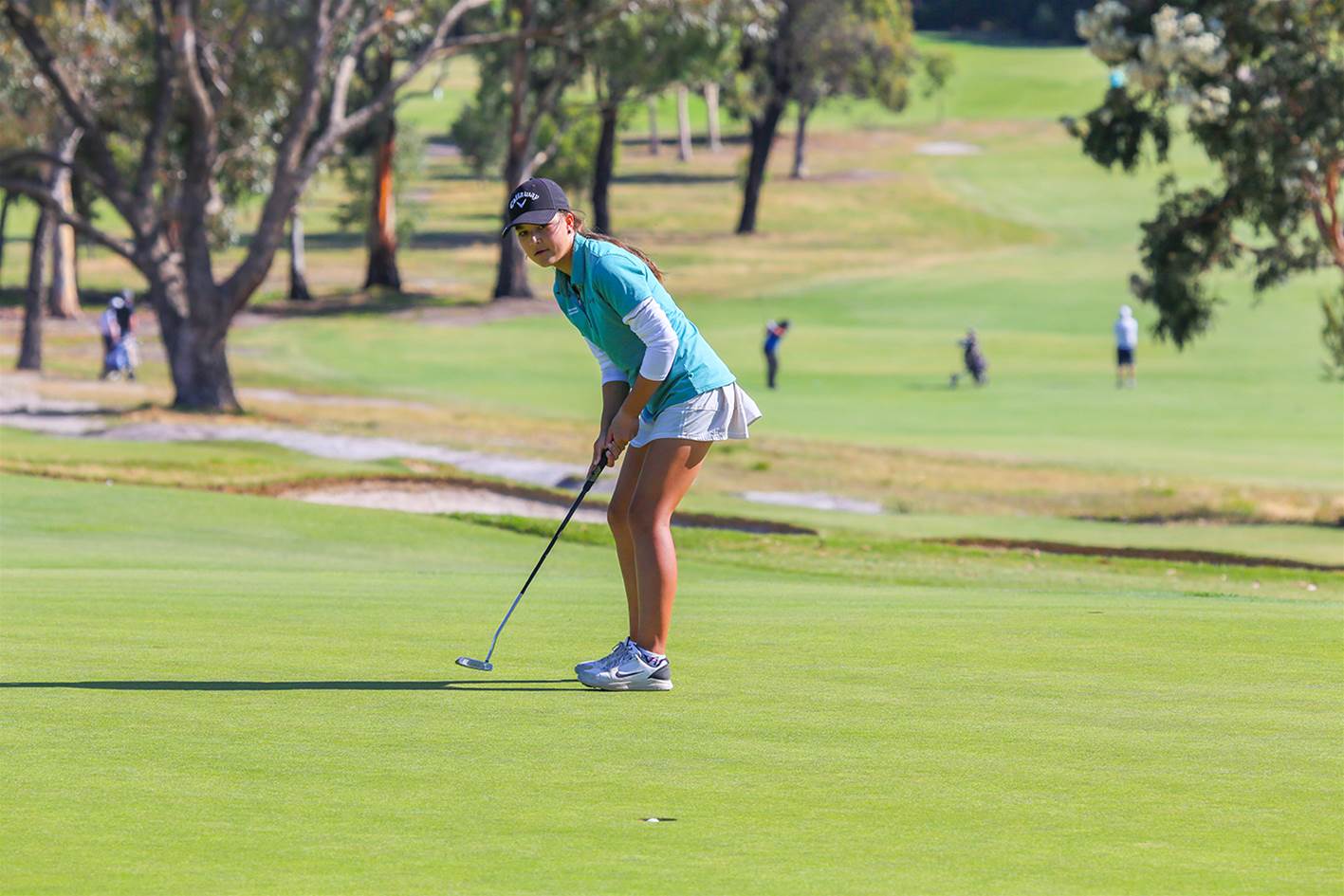 Amelia Harris rolls in a birdie at her final hole for a two over 74. PHOTO: Brendan James.

While admitting to having ‘an aggressive streak’ himself, the 43-year veteran dispensed some sound advice.

“When you’re on the golf course,” he said, “the only thing that matters is the next shot. “Your ball is here and you want it to be there and that’s the only thing you think about.

“If you do that you’ll realise anger and being upset is wasted energy and wasting energy won’t help you play better golf.”

Harris nodded enthusiastically as Fowler spoke, clearly understanding what he was saying.

They might be separated by more than four decades, but golf undoubtedly bridged the gap.

Opinion: Signs of something special on the Sandbelt