It is nearly 16 years since Kiwi Michael Campbell shocked the golfing world by staring down Tiger Woods to win the US Open Championship. Here, the 51-year-old reflects on the highs and lows of a much underrated career.

You’ve been based in Spain since 2012. What took you there in the first place?

The weather. I’d been living in London, then Switzerland, so I was sick of the cold weather. I had two options: Spain or Portugal. And I went for Spain. I’m in the Marbella area.

To be honest, back then I was on the verge of retiring from playing. I found a great place for my golf academy, which gave me a nice platform to pass on my experiences to young players. I just wanted to give back a bit to the game that has given me so much. And it’s been going well since then.

Jack Nicklaus planted that seed in me. Not long after I won the US Open, he gave me some advice. “Now that you’re a major champion, you are responsible for growing the game.” So when the opportunity to do just that came along, I took it. It has been very rewarding.

You were pretty young at that point to be retiring. Was there a specific reason?

In the year or two after I won the US Open I hardly saw my family. That was hard. But my attitude was that I needed to make the money while it was there. There is no doubt that the boys suffered; I was basically never there. But I was thinking of their future. I was right in the middle of the classic problem: do I spend time with my family and give them that, or do I make the money and provide them a great lifestyle? It’s a nice position to be in, but it is tough too.

Eventually I got to the stage where the off-course stuff had to go. I needed to work on my game. The scores I was posting made that obvious. And to that end, I switched coaches, going from Jonathan Yarwood to Gary Edwin in 2007. My plan was to ‘reach the next level,’ whatever that means. It was so stupid. I had reached my level.

I remember sitting down with Jonathan to watch the last nine holes of my US Open win. All I did was criticise my swing. For whatever reason, I was unhappy with my performance that day. I don’t know why. Maybe it was some sort of defence mechanism. I have no real explanation. Jonathan just laughed and asked if I was mad, which I was in a way.

But I’d always planned to retire in my mid-40s. I wanted to see my kids grow up. They were 10 and 12 years old then and I had already missed a lot of their lives. My plan was always to come back and play on the senior Tour. But unfortunately there is no senior Tour in Europe this year. So I’m playing a few regular Tour events, just to stay sharp and get the competitive juices going. Campbell beat Tiger Woods to win the US Open in 2005. PHOTO: Getty Images.

You did make a “comeback” of sorts five years ago, but it was brief to say the least.

It was. When I went back to play in Abu Dhabi in 2015, I said to myself I didn’t want to be there. I knew it on the 1st tee. It was a weird experience. After not playing for 12 months, I discovered that I wasn’t missing being on Tour at all. That was the defining moment. And over the next couple of months I decided it was just time to go.

The irony was that, on the range, I was swinging great and hitting the ball really well. But when I stood on that 1st tee, there was nothing there. I flew home and felt the same way. And that confirmed my decision. I was never completely done, of course. I still planned to play senior golf when I turned 50 and get back into competing seriously when I was 49, I wanted to be able to hit the ground running. David Frost played a bit on the European Tour before he went to the States, so my plan was to do something similar.

Where is your game right now?

It’s hard to say, because the courses I’m playing right now are so much longer than those on the senior Tour. These kids now hit it so far. They all get me by 20-30 yards off the tee. I used to be the last player – or second-last player – to hit in my group. Now I’m always the first. I’m hitting 7-irons when they are hitting wedges. So they have a huge advantage.

Do I like where the game is? Yes and no. A lot of the artistry in the professional game has been lost. It’s very one-dimensional – “hit is as hard as you can and go find it.” Maybe I’m old school, but you hardly ever see anyone playing the way I did anymore. Just about everyone out here plays a one-dimensional game.

Does it depress you, what you are seeing generally?

“Depress” isn’t quite the right word. “Saddened” is more accurate. People reading this might criticise me for being an old-fart. But I have to be honest. Plus, the courses out here are so long. So it encourages the game I just described. And so many of the great courses are obsolete. That can’t be good. You have to carry the ball 300-yards off the tee now. And I can’t do that.

Could you ever do that?

No (laughs). But I had other strengths.

Having said that, I’m not playing European Tour events in order to forge a new career. My goal is just to stay sharp and not worry about the scores too much. I want to be ready for the Seniors Tour.

“I won America’s national Open beating maybe the best player ever. So, what I get now is nothing more than a lack of respect.” – Michael Campbell

You haven’t had much luck with invitations on the Champions Tour in the States.

It’s definitely a closed-shop. I’ve been taken aback by the lack of response I’ve had to my requests for invitations. I asked for 12 last year and only got one, in Canada. In contrast, Shaun Micheel got 12.  I know Paul Lawrie is in the same boat as me. And we are both major champions. Go figure. It’s obvious what is going on. It’s a shame. I won America’s national Open beating maybe the best player ever. So, what I get now is nothing more than a lack of respect. That’s how I feel anyway. 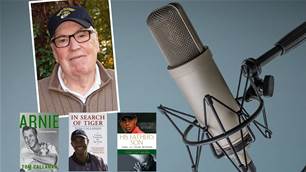 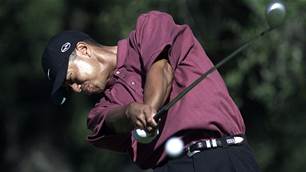 Free crossword: How well do you remember golf in the Year 2000?