Every golfer has done it but some have to cope with doing it on the biggest stages. Geoff Ogilvy examines the effects of the 'C' word.

A bit like ‘shank’, it’s not a word you hear too often in PGA Tour locker rooms. We all know it happens but no one talks about it – because no professional wants it to happen to him. But you know what? We’ve all done it. ‘Choked’, that is.

It may not be at the high-profile end of a tournament, but every golfer has known the feeling of dread that comes with choking. It might be as simple as standing on a hole with out-of-bounds up the right side and not being able to see anything except the ball winging over the boundary fence. That, on some level, is choking. 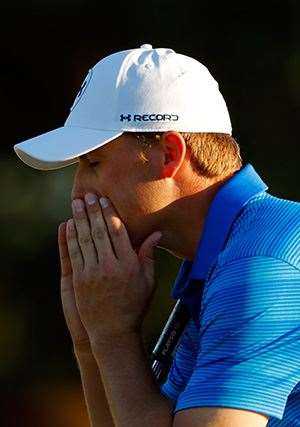 So there are many definitions of the ‘C-word’. For me it has always been letting my head get in the way of what I’ve been doing well, to the point where something bad happens. It’s about hitting, say, five drives in succession right down the middle then, for whatever reason, pulling the next one miles left into the water. Just because it was there and you ‘knew’ you were going to hit it there. It is definitely a mental issue, 100 percent.

What got me thinking about this stuff was what happened to Jordan Spieth at the Masters. Given how he played the first 63 holes, it was unbelievable that he was five shots in front. He was clearly fighting his swing. He clearly didn’t have a firm handle on where the ball was going. Yet he thought, fought and putted his way to the lead. He simply refused to not play well. It was an incredible effort.

Tiger used to do the same sort of thing on a regular basis. And Phil Mickelson did the same at Winged Foot for 71 holes of the 2006 US Open. He hardly hit a good shot that week yet arrived on the last tee with a great chance to win. But the wild drive he hit was just what he had been doing for the previous three days. Then he went for a recovery shot that was silly. In other words, he played what was normal or ordinary for him that week and it just didn’t work on that hole. I’m not sure if that is choking but it is definitely poor

At the Masters, Jordan was hitting the ball poorly by his standards. But he was finding a way to hit the right shots at the right times and he was holing putts. His bad shots were generally going right, though. And when he came to a hole where all he had to do was not hit it right, he was found out. His mental ‘disaster’ came between hitting his tee shot at the 12th hole into Rae’s Creek and chunking his wedge into the water too. That was where he choked. As strong as he is mentally, he just couldn’t ‘save’ his swing at that moment.

All of which is such a pity. Had he gone on to win, it would have represented one of the more impressive mental achievements I’ve ever seen in golf. He would have retained the Masters playing a long way from his best. For any professional, that is pretty amazing.

There have been many other examples of choking. Jean Van de Velde at Carnoustie in 1999 springs to mind. And, perhaps most memorably for we Aussies, Greg Norman at the 1996 Masters. But, as I said, we’ve all done it. If you play golf long enough, you are going to choke at some point. It’s just a fact. 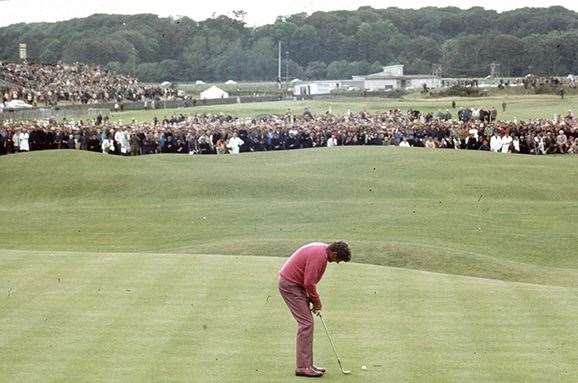 Doug Sanders misses his putt to win The Open. PHOTO: A. Jones/Express/Getty Images.

For myself, I’ve been fortunate not to choke away a big tournament. But I’ve missed short putts to miss cuts. And I’ve made bogeys on the last hole to mess up really good days. Sometimes, that is just golf. You get a bad lie or a bad bounce and something bad is the result.

Other times though, choking is a self-fulfilling prophecy. If the last thing you look at is the lake short of the green, then that is where the ball is headed. We’ve all had that feeling: knowing something is going to go wrong and not knowing how to stop it. You can tell yourself the ball is going down the fairway, but still know, deep down, that it actually isn’t.

Perhaps the saddest aspect of choking is the lasting effect it can have on players. Tony Jacklin was never the same after taking four to get down from just short of the 71st green at Muirfield to lose the 1972 Open Championship to Lee Trevino. Two years earlier, Doug Sanders famously missed from four feet to win the Open at St Andrews. Neither man ever contended again in majors, which is one more reason why choking is a taboo subject. Let’s not talk about it again.