This year’s Masters was a big deal in a couple of important ways. First of all, it was nice to see the year’s first (male) major back to being just that. And it was certainly a good thing for golf in general when Hideki Matsuyama, a player I have long admired, became the first Japanese winner of the green jacket.

I’ve been around Hideki a couple of times at Presidents Cups, occasions that have given me some insight into the psyche of not just him but every Japanese player. Their culture is just so different from the rest of us. They seem to carry such a feeling of responsibility, one that is really obvious in Hideki and his compatriot, Ryo Ishikawa. It’s a heavy weight, one that seems to be especially burdensome in team matches.

In Hideki’s case, I’ve seen him struggle to produce anything like his best form in foursomes and four-balls, when the fear of letting down a partner seems to inhibit his play. Then, when he is let loose in the singles, he routinely shoots six or seven under par and wins easily. Playing for himself clearly comes a lot more naturally. 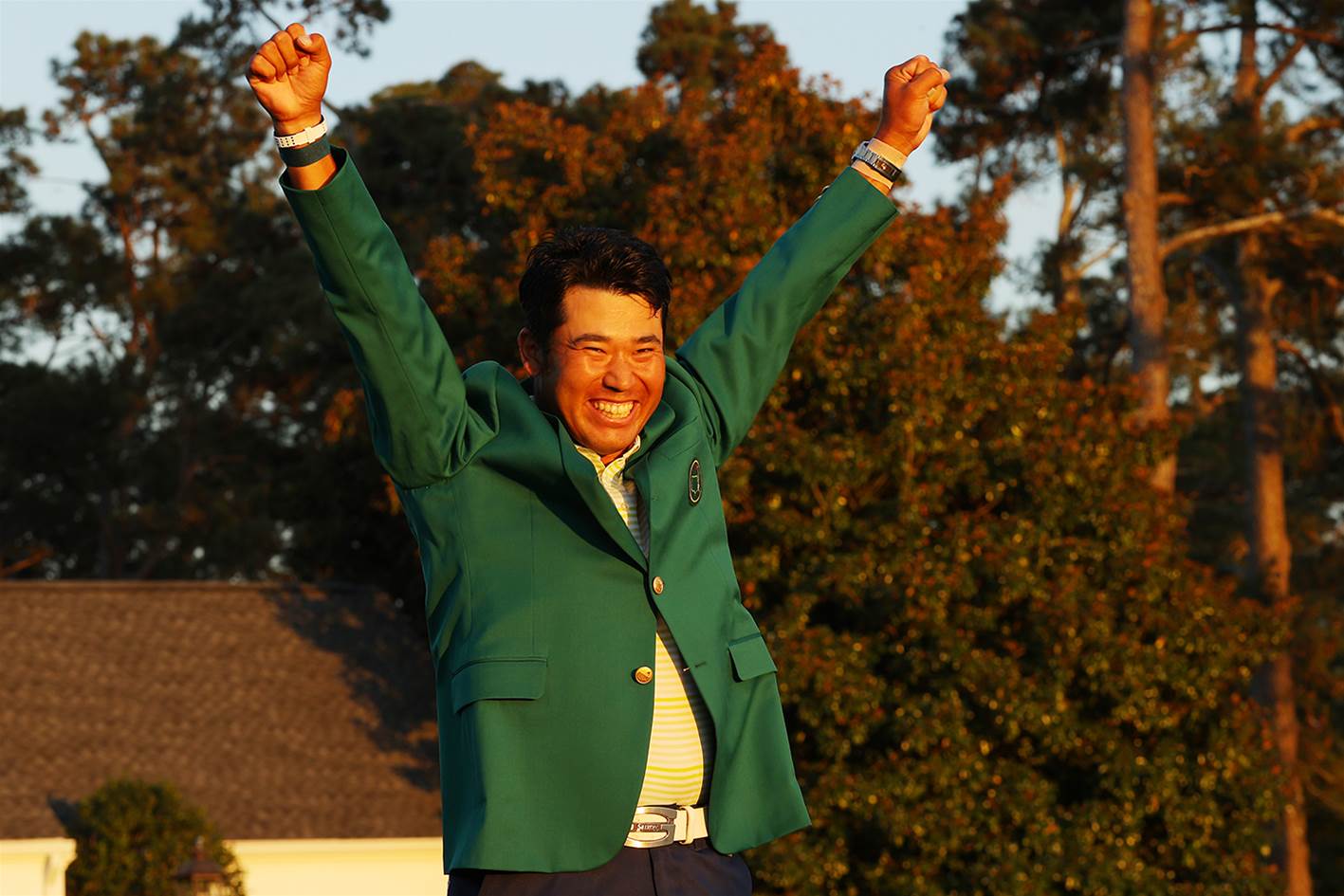 Matsuyama's Masters win was not only good for Japan, it was good for golf in general. PHOTO: Getty Images.

None of the above is a criticism, of course. But it seems to me that it stems from the level of attention Japanese players get from their home media. Anyone who has spent any time on Tour will surely have noticed the large pack of journalists and photographers that routinely follow the Japanese players. The attention they get is amazing to see. They have so many cameras on them and so many people around them at all times. All of which reflects the incredible interest the Japanese public clearly has in their play. In turn, that has to create an unbelievable level of stress.

So it is that guys like Hideki and Ryo truly are carrying the hopes and aspirations of a nation. Far more, I think, than any other nationality. Rory McIlroy is obviously huge in Ireland. Ian Poulter and Justin Rose the same in England. And we Australians all have a huge interest in the fortunes of Cam Smith, Adam Scott and Marc Leishman, to name but three. But none of the above is as suffocating as what the Japanese players live with every day. Especially Hideki.

Amidst all of that, one of the great things about Hideki is how humble he is, which is also amazing when you think about how he is so idolised by a country boasting a population of almost 130 million people. In the team room at Presidents Cups he is always quiet, which is partly a product of the language barrier. His English isn’t great, but he understands more than he speaks. He always seems to know what is going on when everyone is talking. Like other Japanese players I know, he doesn’t like to speak English until he can do it really well. So, he isn’t part of any deep conversations. But I have noticed that, whenever the captain calls a meeting, he is one of the first to arrive. Hideki is all about the team. He loves it.

At this point I’d like to share a little anecdote about Hideki in a team room at the Presidents Cup. But I can’t. He’s the “quiet guy in the corner” in those circumstances. He’s the guy who, after you’ve been on 100 trips with him, has lots of stories about you, but there are none about him. He’s everyone’s favourite on those trips, but there are no tales to tell about him afterwards. He’s the one who is happy to answer any questions, but if you don’t bother him he won’t bother you. But he’s not bothered if you bother him. He’s that guy.

As for his golf, Hideki has long been known on Tour as a “flusher.” Everyone recognises that. He hits the ball so well and so purely. And when he gets going with his irons, he is close to the hole all day. Make that months. When he gets in a groove he plays well for a long time. Which is not to say that his game doesn’t come-and-go. We tend to forget that Tiger was unique in that respect; he was so good almost all the time.

Hideki is more normal than that. So, although he hadn’t won for a while before the Masters, his victory is hardly a surprise. There was never really a thought that he was done playing well. He will be relevant for as long as he wants to be. Although he is only 29, it seems like he has been around for 20 years. But only a decade has passed since he was low-amateur at Augusta, having (twice) qualified for the Masters as winner of the Asia-Pacific Amateur Championship.

"Cast your mind back to when Adam Scott returned to Australia for the first time wearing his green jacket. Multiply that by 100 and you’ll have an idea of how Hideki was greeted at home." – Geoff Ogilvy.

Again, all of that that is a product of his inherent discipline. Even when he is playing short of his best, he is so dedicated. Not many work harder on their games than Hideki. He hits so many balls. And he does it mostly by himself. I’m not sure I’ve ever seen him with a coach on the range. There’s never any drama around him.

Which is not to say Hideki’s life is any different from the rest of us. He just keeps it to himself. Even when he got married a few years ago, no one knew about it on Tour. It wasn’t that he wanted to keep the wedding a secret. It was just that – as he said when it came to light – no one had asked him. So, he didn’t volunteer anything. His attitude to life seems almost Zen-like. He goes to the course. He does his job. Then he goes home. And that’s all anyone needs to know, which is impressive. 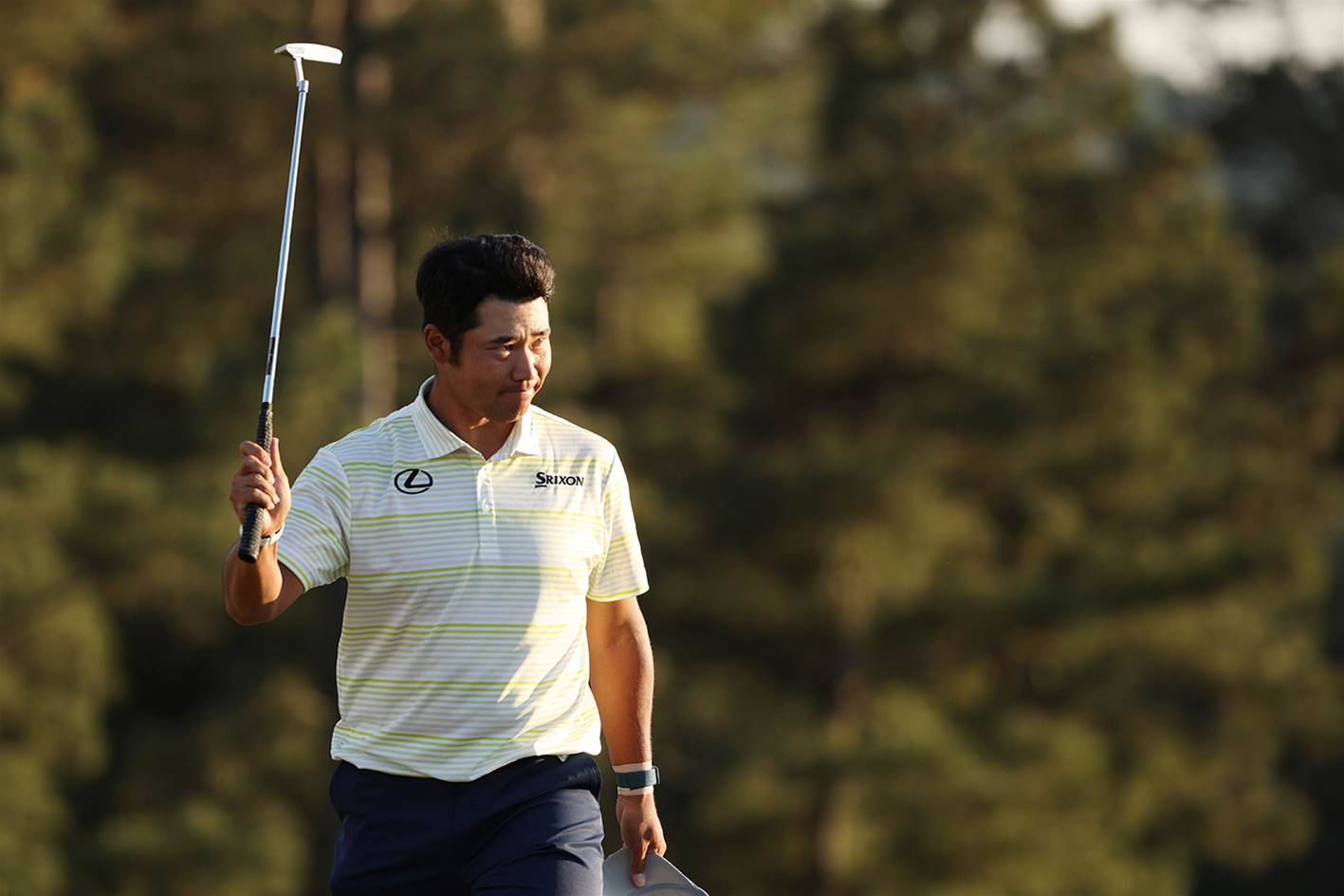 Still, it is clear that, no matter how much attention he has been used to at home, Hideki’s level of celebrity in Japan is going to soar in the wake of his Masters win, which is actually hard to imagine. Even before this, he has had to resort to the “movie star thing” when out in public. He has worn the dark glasses and the hat. Proficiency at golf is idolised everywhere, but in Japan it is idolised to a uniquely high level. It is the sport of the “elite” in Japan anyway. If you are a top player, you are the elite of that elite. Cast your mind back to when Adam Scott returned to Australia for the first time wearing his green jacket. Multiply that by 100 and you’ll have an idea of how Hideki was greeted at home.

This won’t be the last Japanese victory at the highest level. They have already had such a long history in golf, much more than anywhere else in Asia. But Hideki will always be the first. And it’s great that he won the Masters, which is so revered in Japan, just as it is here in Australia. The reaction of Hideki’s caddie said it all really. His little bow to the course as he pulled the pin out of the hole on the 18th green after the tournament was over said it all. He had such respect for all that had gone on out there. And what a great spirit that is, one we should all aspire to have.

Now for the Olympics on home soil.