The major season is over for another year and two new champions are right now experiencing the life and attitude adjustments I went through following my US Open victory back in 2006.

At least for me, things changed overnight. Suddenly, I had bigger expectations of myself. Mentally, I put myself on a more elevated level. I had higher standards for my game.

Now, in a lot of respects that is a good thing. Accepting second-best is never the best way to go in competitive sport. But, on the other hand, that also placed a new level of pressure on myself. Inevitably, I went through a period when I didn’t live up to the new standards I had set, at least subconsciously.

That is really the biggest hurdle Gary Woodland and Shane Lowry will be facing over the next few months of their reigns as US Open and Open champions. It is something faced by everyone who isn’t Tiger Woods or Ernie Els or Phil Mickelson – those born knowing they are the best. The rest of us have at least some insecurities about golf, how good we are and can we achieve at the highest level?

But some of we mere mortals actually do win majors. And that was me. Don’t get me wrong. I knew I was good – and when I won at Winged Foot I gave myself a pat on the back for confirming that fact. But after that victory I felt like I had to play well. Actually, more than that. I was the US Open champion so I had to play better.

As I said, some sides of that are advantageous. I had a lot of good tournaments in the couple of years after winning my major, purely on the back of knowing I was capable of being up there in contention.

But there was a “dark” side to it all. In contrast to what had been my norm before, I was occasionally having to stand there in front of the media and explain why I had just shot 75 rather than 65. That sort of thing can have a really detrimental effect on confidence. The worst of scores and shots that used to keep me relatively confident, sometimes weren’t doing that any more. In my head, things had changed.

I was also getting asked questions I had hardly ever heard before. It was a long list. How was the course? Is it in good condition? Are the greens too slow? Why aren’t you playing well? Who is going to win? Why don’t you like this course? Why should grass be green? Why are the pins so close to the edges of the greens? Why don’t they rake bunkers more than they do? And, by the way, how did I feel about the political situation in North Korea?

Over a period, that sort of stuff can be a bit unnerving. For most people anyway. I felt like I bumbled through it all pretty much unscathed. I have always enjoyed the media side of things, so I wasn’t affected too badly. But it was difficult when I had, say, three-putted the last or finished bogey-bogey.

Where I had once been able to sneak off to the range or the practice green, now I had to stand there and discuss my failures. That can be frustrating.

I have great admiration for the superstars like Tiger, Ernie, Phil and Greg Norman, Jack Nicklaus and Arnold Palmer back in the day. Those guys were answering questions after every single round they played. No matter what they shot. And they invariably handled themselves well. That is an amazing skill and really difficult to get used to. Being your normal self at the end of every round, regardless of how you played, is hard. And a big adjustment.

Don’t get me wrong though. The nice parts of being major champion far outweigh the not-so-nice. A lot of opportunities will be coming Gary’s and Shane’s way right now. There won’t be many – if any – doors closed to them at the moment. If they want to play at any of the world’s more exclusive courses – say Pine Valley – someone will work it out.

Anything and everything is available. Doors open and people will want to look after them. Everyone wants to be associated with greatness and/or success. So that’s a nice perk. Even now, 13 years on from my win, that hasn’t gone away. I will always be a US Open champion.

There is also a financial aspect to winning a major, of course. It’s something that doesn’t get spoken about much at the higher levels of golf. When the money starts to flow in, it is easy to get into buying a house that is too big, flying privately and everything else. You can find a new level of financial comfort. As there is in any job or walk of life.

So when you win a major, you shore up your future. Which brings with it the ultimate level of comfort on Tour. When a guy first turns pro the initial aim is keeping his Tour card. If he breaks even in the first year and keeps his job he is happy. Then the goals start to change, especially if you have a family. You want to profit – like every “normal” person – from all your hard work. But winning a major means not having to worry about that any more. At least for a decent period of time.

Look, I know that is all relative. Everyone on the PGA Tour makes what the vast majority of people would term a lot of money. But most guys on Tour are maybe two years away from not making any money any more. Which is a bit unique to the job.

Speaking of money, how much a new major champion can make from his new status is really up to him. It depends on how many things he says “yes” to; how much he is willing to do. But if you took every opportunity, you could probably make five times your previous income. At least. Unless you are a personality like Rickie Fowler or Sergio Garcia, you are not that high on the appearance money list until you win a major. But when you do, you are instantly in the top-10 on that list.

“Where I had once been able to sneak off to the range or the practice green, now I had to stand there and discuss my failures. That can be frustrating.”

The obvious danger is burn-out. I know Retief Goosen played an extraordinary number of weeks all over the world after he won his first US Open. But he didn’t do that after he won his second.

There are responsibilities too. I know when I won I felt I had to go home and show Australia its new major champion. I actually went home almost immediately, which was really cool. I did all kinds of media stuff in the three weeks I was back in Australia. Adam Scott was the same after he won the Masters. He went home at the end of the year and played in four events, as well as fulfilling just about every request for this time that came along. It was a superhuman effort in his part.

The number of those requests does decline over time. If Shane Lowry had played in a tournament the week after his win at Royal Portrush, he could have asked for $1m. But that number goes down gradually. Unless you win two or three more, as Brooks Koepka has done. Plus, the appearance money market goes up and down like the stock market. There are years when the budget is massive; years when it is relatively low.

Still, there will be plenty of opportunities open to Gary and Shane, other than through shooting low scores. Their phones will be ringing 20 times more often than before. And, while the money being offered will likely go down as time goes by, the level of calls will not. They will be in demand for a long time. Especially if, as there have been lately, multiple winners of majors. That only makes the “club” more exclusive.

Anyway, the bottom line is that Gary and Shane will currently be leaning on their agents for advice. They will need to sit down, listen to good counsel and figure out what works for them. Agents are often much-maligned. But the day after I won the US Open I realised anew why I had an agent. I couldn’t imagine not having one. Anyone who wins a major and doesn’t have someone acting for them in the business world, will cost themselves a lot of money. And some sanity too. The level of attention is just way too high to handle on your own.

The best decision I made was to say “no” to a lot of the travel opportunities. I picked the best three and didn’t wear myself out. And the worst decision? I didn’t sit myself down in front of the mirror and tell myself I wasn’t just the same idiot I was before becoming a major champion. Golf is just as hard after winning as it was before. If I was asked to give Gary and Shane just one piece of advice right now, it would be to never forget that basic fact. 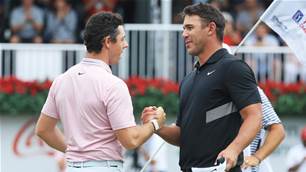 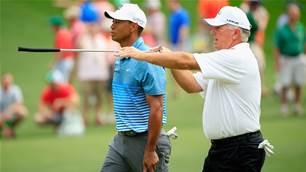