If we played the Australian Open on the Sandbelt every year, would the world’s best players flock to be a part of it?

The game’s highest ranked exponent, Rory McIlroy, fanned the flames of that argument last week when he said during an appearance on the McKellar Journal podcast that – prior to Covid 19 – he was considering playing this year’s Australian Open simply because of the host course.

“The Australian Open is supposed to be played at Kingston Heath this year and I was seriously thinking about playing it until obviously everything happened.

"While he wasn’t specifically asked, it would be fair to assume the 31-year-old had no intention of playing the tournament for free. As a four-time major winner, the World No.1 and one of the game’s most marketable stars an appearance fee is a given."

“And that’s what I like. I love that sort of stuff.”

For some, McIlroy’s comments are proof positive that tournament organisers aren’t making the most of the nation’s greatest golf asset when it comes to the national championship.

But noble though that sentiment is, and while it undoubtedly contains some grains of truth, it would be naïve to think many in the world’s top echelon share McIlroy’s passion.

While he wasn’t specifically asked, it would be fair to assume the 31-year-old had no intention of playing the tournament for free.

As a four-time major winner, the World No.1 and one of the game’s most marketable stars an appearance fee is a given.

Would he discount that fee because he likes the golf course? Perhaps. Would he come for free? Highly unlikely.

And what of the rest of the top ranked names? How much of a role does the venue play in deciding where they tee up when not in Europe or the US?

Different things motivate different players, obviously, but for most the host course would be a secondary consideration to money.

Barring the tournament being their national Open (Adam Scott in Australia, Jon Rahm in Spain etc.) money and scheduling would almost always trump the venue.

And while the field is a major consideration for any professional event it is just one of the factors to be considered, chief among the others commercial viability.

When the Australian Open moved to Sydney for its extended stay in the mid 2000’s part of the reason was that the major sponsor – Emirates – favoured the harbour city as a promotional base.

There is no question the golf world would be better served if the Sandbelt played host to at least one high profile professional event each year.

But as with all things golf, it’s a seemingly simple answer with a multitude of complex questions.

And while the riddle is unlikely to be solved any time soon let’s hope in the short term that Rory makes good on his desire to come for the Kingston Heath Open, whenever it is played.

It would be a great boost for a great tournament on a great course. 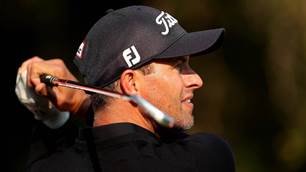