If you are anything like me – and if you are, get immediate psychological and psychiatric help, especially with your pitching from 75-yards or so – you have derived an enormous amount of enjoyment from the social media output of the European Tour. 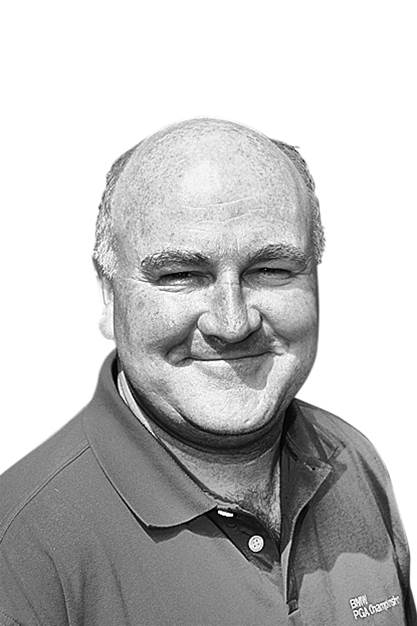 Time and again, this endlessly inventive bunch of lads from Tour headquarters at Wentworth have produced content that has, in turn, made me laugh, cry and think more deeply about the game we all love.

The little kid interviewing Rory McIlroy was funny. Edoardo Molinari being driven close to insanity trying to make a hole-in-one with only a seemingly endless pile of balls for company was both amusing and, to be honest, mildly disturbing. Andrew “Beef” Johnson making a young lad’s birthday with a car ride involving Henrik Stenson and Justin Rose was touching. And the most recent offering, the dead-pan “Content Committee” of Tommy Fleetwood, Thomas Bjørn, Lee Westwood, Eddie Pepperell and Henrik Stenson was cleverly done. The list is lengthening and becoming illustrious.

In creating all of the above and more, the European Tour has left its relatively stiff and humourless PGA Tour counterparts far behind in the race to humanise the names and faces we all love to watch out on the links. For that, they are to be commended. In an age where the men at the top of golf’s tree have, generally speaking, never been so far removed from the realities of the everyday world, bringing them to life can never be a bad idea.

But here’s the thing. Or things.

"The European Tour has forever been fighting a battle it cannot win, no matter how clever the staff is behind the scenes."

The European Tour has forever been fighting a battle it cannot win, no matter how clever the staff is behind the scenes. There is nothing the Old World circuit can do in the face of the financial juggernaut that is the PGA Tour. Playing for more money automatically attracts the best players. Never mind the quality of the playing fields. Or the multi-dimensional challenge of many courses. Or the friendliness of the atmosphere on and off the course. Or the diversity of the cultures. When it comes to professional golf, it’s all about the money folks.

That is hardly a new or original message, but it is one that McIlroy took it upon himself to underline only recently.

“The ultimate goal is the US,” said the four-time major champion, who hails from Northern Ireland but now makes his home in America. “The European Tour is a stepping stone. That’s the truth. That’s the way it is.

“It’s so one-sided. You can talk all you want about the big events in Europe, but you can go to America and play for more money and more ranking points. If players are paid more and earning more points, why would they play in Europe?”

Now, while there is no doubting the veracity of those words, one wonders why Rory felt the need to say them publicly. He is well aware of the impact his comments on just about anything and everything tend to have, so it was disappointing to hear him use his powerful position to give the European Tour a needless kicking.

"There is, of course, a price to be paid when a player accepts large sums of money just to play in an event."

McIlroy’s absence from the “Middle East Swing” where he had traditionally begun his yearly schedule also provoked speculation that he was miffed at the level of appearance money paid to Americans Brooks Koepka and Dustin Johnson. If true, that would smack of a disingenuousness for which the Belfast boy is not typically known. In Abu Dhabi and Dubai “turning-up cash” is paid according to a player’s world-ranking. Both Koepka (No.2) and Johnson (No.3) were looking down on McIlroy (No.8) at the time.

There is, of course, a price to be paid when a player accepts large sums of money just to play in an event. In Abu Dhabi, for example, the likes of (two-time defending champion) Fleetwood, Koepka and Johnson were asked to jump through a few hoops before being set free to play in the opening round. Indeed, they were all over the place, fulfilling their corporate duties. On the eve of the event, a journalist bumped into Fleetwood, who begged off a brief chat because he had been “doing media stuff for over three hours.”

Add that to the reasons why the biggest stars are loathe to play more than a couple of times a year on the world’s second-biggest circuit. If you take the money, you have to pay the piper. Take the five men who gave up their time to be part of the aforementioned “Content Committee.” Only one, Westwood, managed to scrape into the top-20 in Abu Dhabi. Another, Stenson, missed the cut. And Fleetwood, after winning there twice in succession, was a lowly T-42.

Is it all worth it? The European Tour certainly hopes so. But at what cost to the players? 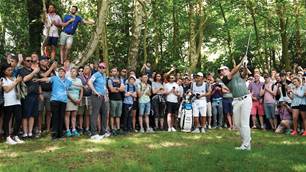