One of the game’s great misconceptions is to equate an arduous golf course or a particularly difficult hole with good golf.

One golf magazine even has as one of its course ranking criteria a ‘resistance to scoring’ category. One can only assume it means a course where the scoring is easy is marked down and a course where even good players struggle is given extra points.

Conversely, so many critics are inclined to write-off something regarded as being too easy as somehow deficient.

Much of this debate is tied to the concept of par and, as it so often the case, Royal Melbourne is the best place to start. The West Course is barely 6,000 metres, not long by any standards except those of the early 1930s, but its relative lack of length clearly has nothing to do with its unquestioned greatness.

Many would see 6,000 metres and assume a course more than a thousand metres short of what they played at Kiawah Island in the PGA Championship couldn’t possibly be one of the best in the world. 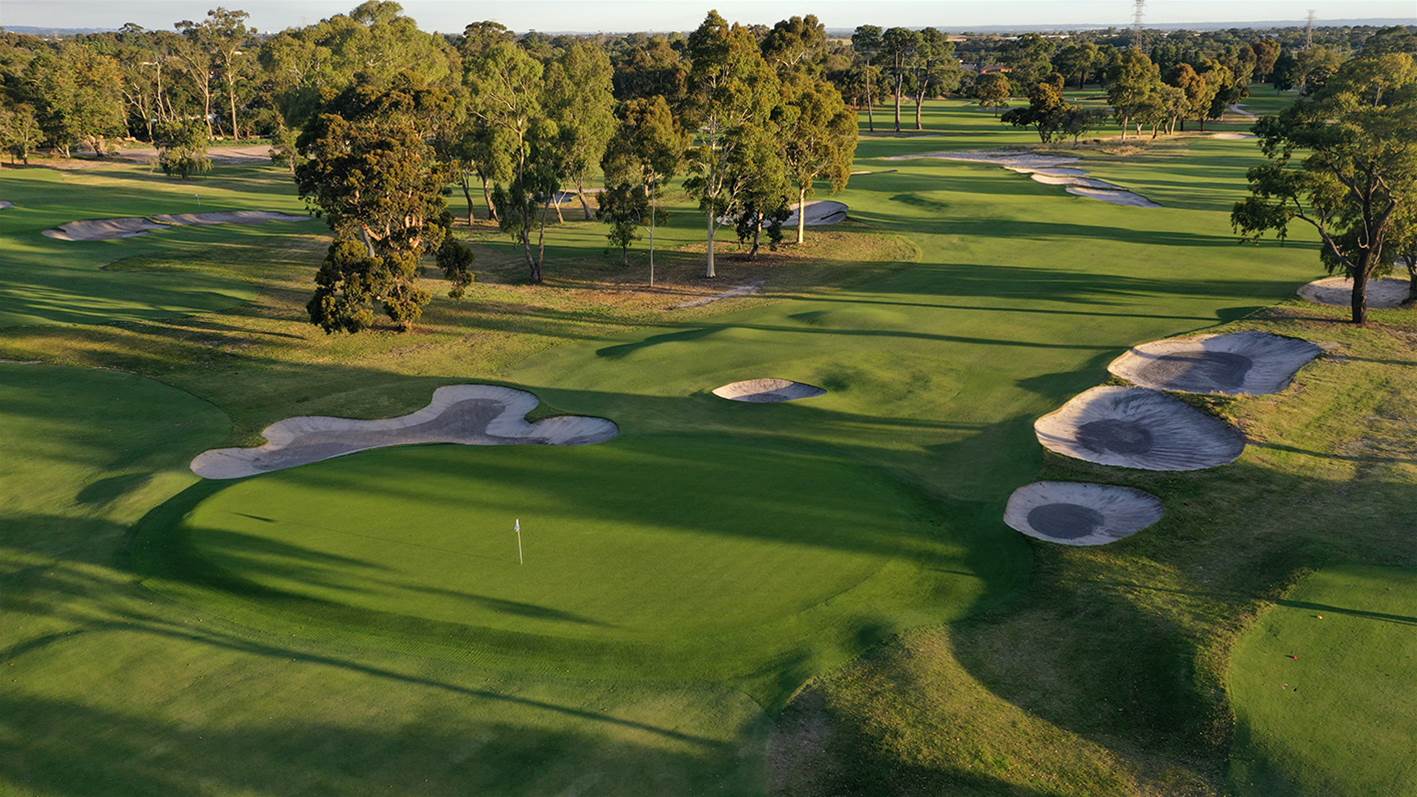 Yarra Yarra's par-5 16th, if played as a par-4, would be considered difficult. PHOTO: Gary Lisbon.

For the longest hitters, Royal Melbourne’s par-4s are mostly drivers and short irons and all four par-5s are, more often than not, reachable with middle – or even short – irons.

It’s also the best course in the country so what does that tell is about the easy versus hard debate – aside from the ball going too far?

There is barely another course amongst the Top-50 in the country where the bogey player has an easier time shooting 90. The fairways are wide, there is very little long grass to play from and par-5s are all ‘easy’ holes if making five is the measure. They are also the hardest holes to make a four.

If the 2nd, 12th and 15th holes were, with the stroke of a pen, changed to par-4s, and the par to 69, the same holes would be perceived as being amongst the hardest in the country.

Does simply changing the numbers on the scorecard make a course perceived as being ‘easy’ more worthy because it’s more difficult to play par golf?

The membership could determine to make the course harder and therein lies the opportunity to make a big mistake.

After the 1990 Australian Masters, a championship Greg Norman won with 19-under-par, the Huntingdale committee seemingly determined to make the course more difficult. Perhaps some saw the score as a sign the course was somehow deficient.

"The Gunnamatta course is, however, much more than simply difficult. It’s interesting because every green is best approached from one half of the wide fairways."

They added fairway bunkers, moved tees back, changed the short par-4 5th into a long par-3 and made some noticeably more undulating greens. It was a good course and the changes, it’s fair to say were not so well-received.

The irony is, the easiest way to have made Huntingdale ‘harder’ was to make it easier. They could have filled in the fairway bunker at the 10th (or even left it) and called it a par-4. The 7th could have been played from the women’s tees as a 450-metre par 4 and been a great hole. Arguably it’d have been a better hole – and it was already a pretty decent par-5.

Royal Melbourne could narrow the generous fairways and ruin the original concept of Alister MacKenzie, who detested both holes so narrow they made for ‘tight and restrictive golf’ and players having to look for lost balls.

They could plant more trees a la Augusta National, moved those beautiful bunkers around or even make the greens smaller, but all would make for worse golf.

Royal Melbourne’s West Course 12th tee could move back if the members were willing to do what Augusta’s unlimited budget allows and simply buy the two houses behind the tee. But moving the tee back 45 metres is likely a $10 million exercise and a 9-iron second shot only becomes a 5-iron.

It’d be easier to properly regulate the ball.

Bruce Grant, John Sloan, and I rebuilt The Lakes in 2007 and 2008. The course changed quite a bit and whilst some of the commentary was interesting and worthwhile some of it was far too concentrated on the easy versus hard question. There was no attempt to make the course either easier or more difficult – just better. Some holes inevitably would be easier, some more difficult but the balance remained about the same. Many think the course more difficult but if you point out all the elements making the course easier, the critics might at least consider the possibility it’s no more onerous than it was before.

For example, you can now hit a wild hook off the 2nd tee, find your ball on the 8th fairway (likewise you can hook it off 8 onto the 2nd) and knock it onto the green. The same shot before the change and you likely lost the ball. At best you chipped it out.

We filled in fairway bunkers on at least five holes and if you hit a long pull at the 15th hole the ball no longer finishes in a blind water hazard.

Another hole we rebuilt was the opener at Victoria. It’s 233 metres long and a short par 4 – maybe the shortest par-4 on any championship course in the world. (The par-3 8th at Oakmont played almost 30 yards longer at the 2016 US Open.) The green at Victoria is difficult and with tight pins made to suit a short 4, but had the club wanted a long par-3 it would have been a much different greens complex. It’s a half-par hole and so often they are the best in the game – see Augusta’s 13th, The Road Hole at St Andrews, and Royal Melbourne’s 12th. If the members at Victoria ever decided to call it a par-3, it’d be the hardest three in the country by a long way.

RIGHT: Victoria's 1st hole is perhaps the shortest par-4 on any championship course in the world. PHOTO: Brendan James.

Two significant, recent redesigns have been at Yarra Yarra and the Gunnamatta course at The National. Both have been marvellously successful yet there are critics aplenty taking aim at the wider fairways at both courses. Predictably they have formulated the point-missing “you can drive it anywhere” criticism.

Yarra Yarra for the longest time was a club completely lost as what to do with the course. One member once asked me what they should do to preserve the legacy of Alex Russell. I replied: “Well, stop digging it up would be a good start.”

The tree management over the years had been dreadful, the couple of boundary problems were handled poorly, and a few of Russell’s greens had been altered; none for the better.

The club’s problems have now been largely resolved but solving them inevitably meant taking trees down.

The view Yarra Yarra is now easier than it was is valid but it’s unquestionably a much better course. Like Royal Melbourne there are four short par-5s, all regarded as ‘easy’ holes. At least two of them par-4s because in this era of great power it’s what they are. Call the 16th and 18th hole par-4s, make the par 70 and the ‘resistance to scoring’ mark goes way up. Those who like the possibility of easy birdies at the end of the round would have to grind hard to finish the final trio of holes in even fours. Psychologically it’s quite a difference.

The land of the Gunnamatta course never had any trees (at least not since it was cleared for farmland eons ago) but the holes were completely reinvented. It’s obviously a windy site and narrow fairways are no fun in a big wind. Anyone making a difficult seaside course on a calm day is sure to have made something close to unplayable in a decent wind and the Mornington Peninsula isn’t exactly the calmest place on the planet to play golf. 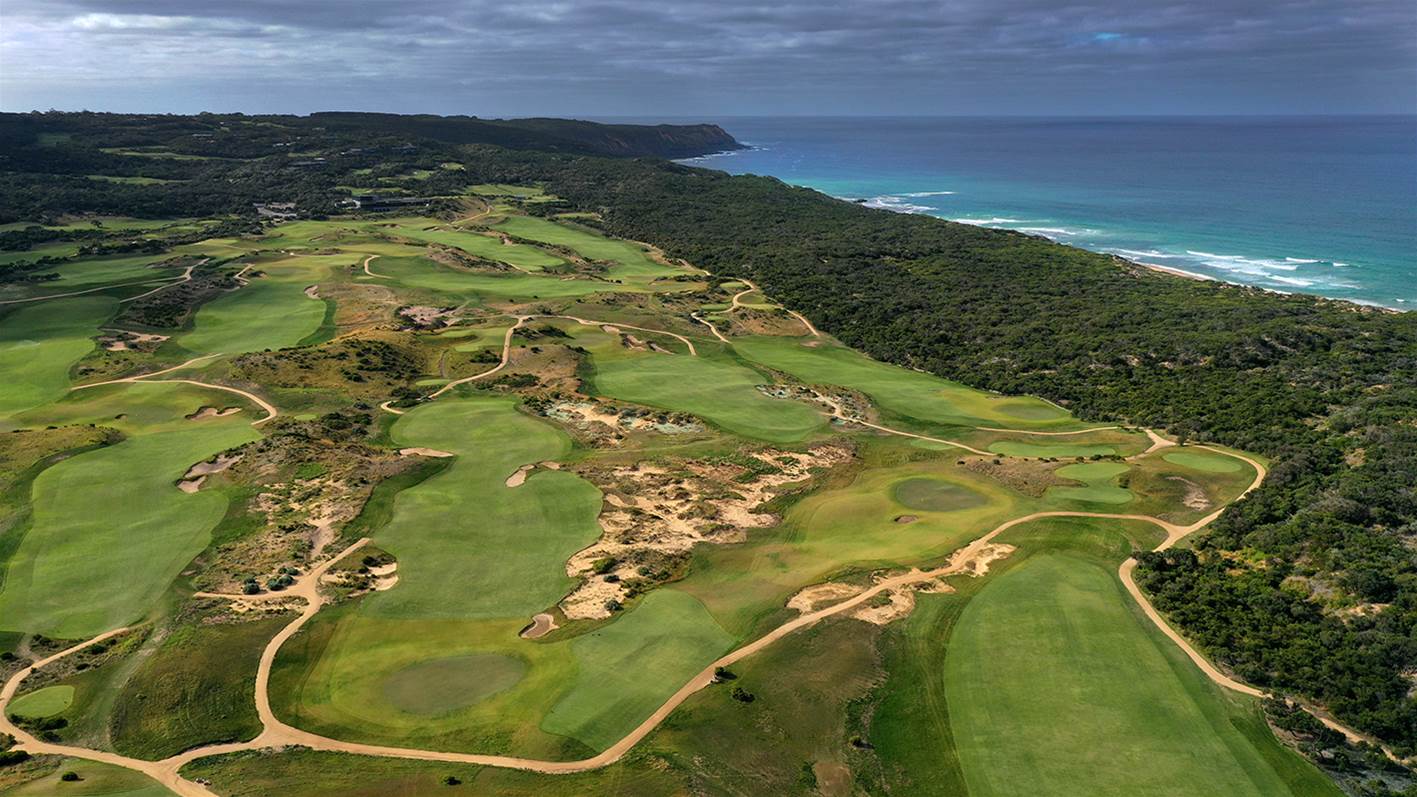 There is a lot of space from the tee but to play the course well from the back tees driving the ball properly is essential and from all the way back it might be the most difficult course from tee-to-green in the country. On no other course in the country does the 400 metres between the ‘member’s tees’ and the back tees make such a difference. And, playing it forward might be easy but it’s also great golf for the majority.

The Gunnamatta course is, however, much more than simply difficult. It’s interesting because every green is best approached from one half of the wide fairways, so driving it accurately (as opposed to simply straight) has its advantages.

The key element to every course is whether it’s interesting.

Dull courses – whether they be easy or hard – inevitably fail, in the long term, to entertain golfers.

There are some fine examples of extraordinarily difficult shots and every course worth its salt ought to have a few of them. Almost without question the scariest tee shot in the country is the drive up the hill and through the chute at New South Wales’ 15th hole. Into the wind, the tee shot at Barnbougle’s 7th is arguably the hardest 110 metres in the game. The long second over the water to the final hole at The Australian has filled many players’ heads with unhelpful thoughts and the two hardest par-3 greens to hit in regulation in the country, the 12th at Royal Adelaide and 16th West at Royal Melbourne, where the tiny targets are examples of architects eschewing the convention of making a green reflective of the length and difficulty of the shot

In the end a hard hole for an average player is likely as easy a hole for a good one. The key is to make them playable whilst at the same time building the occasional hole and the occasional shot where Adam Scott can show us why he’s better than the average scratch marker.