It was less than four years ago that Melbourne's Kingston Heath Golf Club played host to the 2016 World Cup of Golf under a set of qualification rules that many had to read two or three times to get their heads around.

The 'selected' partner need only have been ranked in the Top 500 to be eligible for selection, leaving the door ajar for more highly ranked players to be overlooked by the 'selectee' in favour of their friends or better acquaintances.

While this led to many a kerfuffle from more than a few jilted players, Australian fans have Spain's Rafa Cabrera-Bello to thank for providing us with our first look at the recently crowned world number one golfer, Jon Rahm, in the flesh. 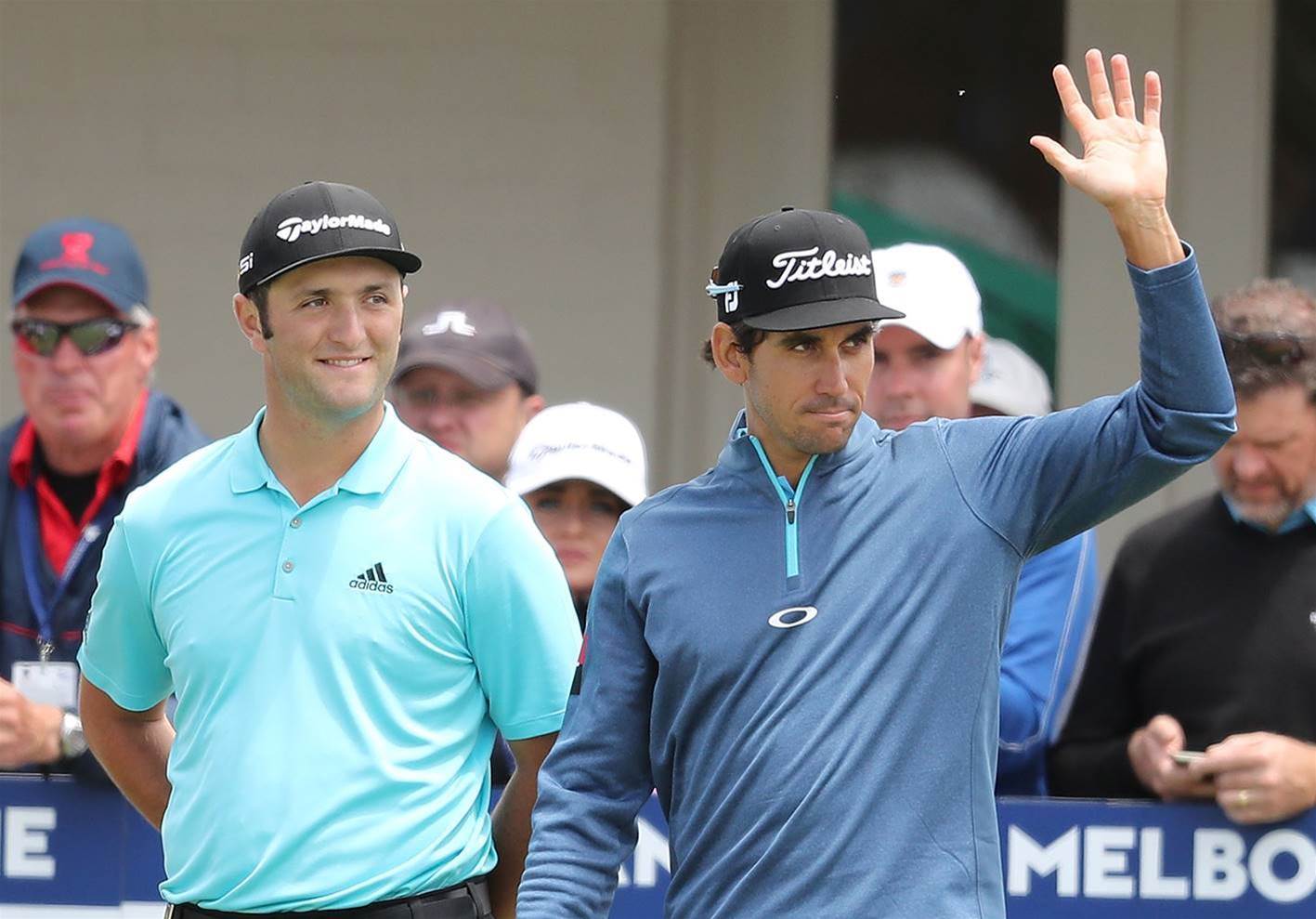 Truth be told, the higher ranked Cabrera-Bello, who got the nod for Spain after Sergio Garcia declined to participate, had had little to do with Rahm at that stage either. With the 21-year old Rahm having been schooled in the US college system and having only recently burst on the pro scene via the PGA Tour, their paths had rarely crossed at home or in Europe.

However to his great credit, Rafa chose the-then No. 131 ranked Rahm as his partner as the next highest ranked Spaniard citing “Who am I to be questioning the rankings?” or words to that effect. And the incredibly grateful Rahm didn’t let his more senior partner down either. 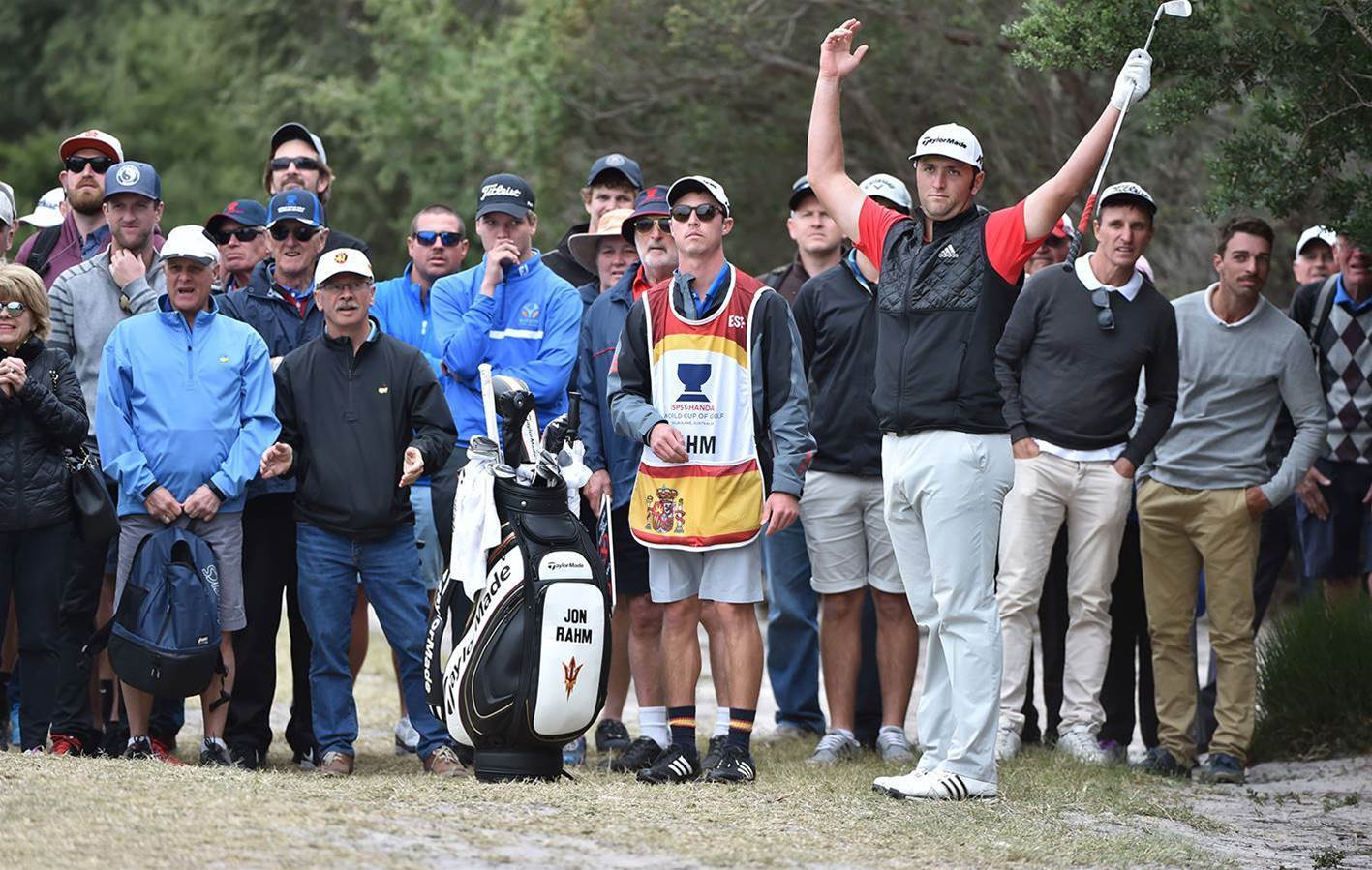 Rahm shows his frustration after a shot during the World Cup at Kingston Heath in 2016. PHOTO: Getty Images.

Throughout the course of a week where the duo finished in a creditable tie for 8th, both Cabrera Bello and local audiences got to witness a superstar in the making in a prevailingly cold and windy Melbourne.

It was weather that caught many first time visitors underprepared, packing for a week in the Australian summer that never came. Frenchman Romain Langasque threw one sweater in his suitcase as an afterthought and conceded later that he thought he was over packing by doing so. He had to wear it virtually every day and often, under his rain jacket.

Driving it up the hill to almost within viewing distance of the green on the Heath's par-4 17th astonished many. So too a long iron to the par-5 14th struck with such ferocity I thought I felt the earth shake standing 10m away from the collision of club compressing ball.

During the alternate four-ball rounds, Rahm had no hesitation attacking the Heath's classic short par-4s including the blind, dogleg 9th, despite the enormous eucalypts guarding the straightaway line to the green. Spectators were forced to duck for cover as one of his tee shots clattered loudly among the canopy of these trees, only to eventually come to ground in the waist-high ferns and gorse well short of the green.

Although the smallish gallery watching on were no doubt expecting a disaster was about to unfold, an ingenious extraction from the near impossible to the edge of the putting surface would have made his nation's greatest golfing idol, Severiano Ballesteros, smile with satisfaction and pride.

Almost four years on and of course, Rahm's relative anonymity has long since evaporated. He’s tasted Ryder Cup glory for Europe and established himself as a winner all around the world. 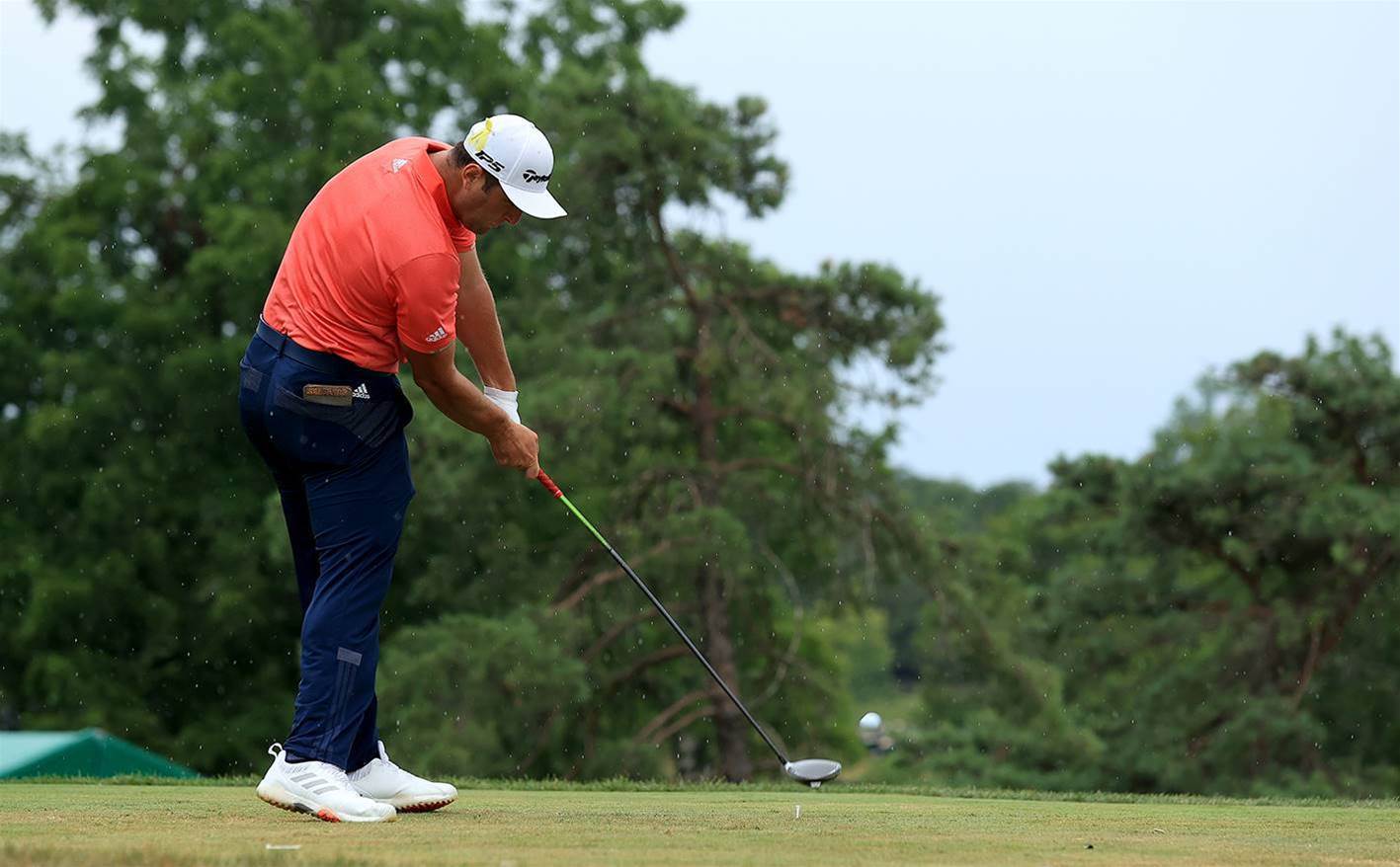 Prodigious hitting and deft touch are both a big part of the Rahm arsenal. PHOTO: Getty Images.

Victory in the last week’s Memorial Tournament at Muirfield Village – highlighted by another delightful extraction from behind the green that ran into the cup on the 70th hole – ensured that he would climb to the zenith of the world rankings for the very first time.

The three-stroke win ensured a fourth PGA Tour win and his name alongside 23 others who have reached the No. 1 spot … and only the second Spaniard after Ballesteros.

There's no doubt the great man would have been smiling down on Rahm's achievement at the very same venue where Ballesteros starred for Europe in their first Ryder Cup victory on US soil in 1987.

His now good friend Rafa, the man who so graciously plucked him from the clouds to represent his country alongside him in Melbourne, would no doubt have done the same. 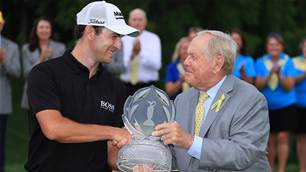 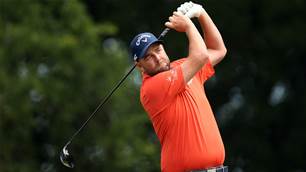