It was a win for the ages, and for Josh Armstrong it is also a memorable one for all the right reasons.

Armstrong remained resolute on a day of fluctuating fortunes in the final round of the inaugural Murray Open at Corowa Golf Club to claim victory.

Armstrong’s two-round total of 132 included a course record 63 on the opening day of one of his best performances in recent years.

In the end, the winning margin was one from a gallant Daniel Fox, with the third player in the group, Charlie Dann, another shot away in outright third.

For the Concord Golf Club champion, just months into his pro career, the stellar performance has also locked away a start in the NSW Open – at his home club.

“It was good fun out there,” Armstrong grinned.

“I’m not going to lie. It was a little sloppy through the first few holes on the back nine. I was missing every fairway and I had to scramble a few times.

“My motto for the last couple of days was to try and enjoy it while I could, and it worked pretty well, so I’ll keep doing it.” – Josh Armstrong

“The eagle on the 15th really helped me, so I’m very happy."

Armstrong admitted it was a new experience playing under pressure as a fully-fledged professional.

“It felt a bit different, not going to lie.

“My motto for the last couple of days was to try and enjoy it while I could, and it worked pretty well, so I’ll keep doing it.”

With the win, Armstrong has secured his place in the NSW Open at Concord, and with his clear home course advantage, it is a tournament start he is going to relish.

“It’s good especially as it’s my home track as well. It's another good positive out of the last couple of days,” he grinned.

Although a small consolation, Armstrong’s playing partners in the final group, Daniel Fox and Charlie Dann, both also secured starts in the $400,000 NSW Open to be played at Concord Golf Club next month. 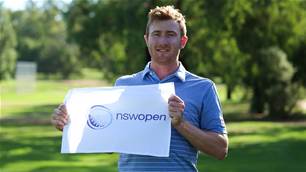 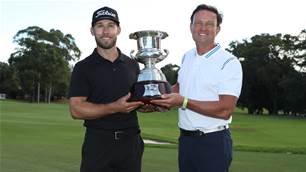 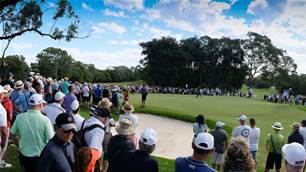