The ground-breaking Australian All Abilities Championship is back for a second year – and this time with another enormous first.

After a wildly successful inaugural tournament last year, the AAAC will return to Sydney and be played concurrently with the Emirates Australian Open in December.

Golf Australia inclusion manager Christian Hamilton said the inception of the World Rankings for Golfers with a Disability (WR4GD) had opened another historic avenue for the world-first event.

“We were overwhelmed by the global support we received last year as we made the AAAC the first event of its kind to be played as part of an able-bodied national championship,” Hamilton said.

“It helped give all-abilities golf real traction around the world and with that came the rankings that allow us to take another important step when we get to The Australian Golf Club in December.

“Those rankings are not gender specific, so I’m delighted to say that we are able to announce Dutch golfer Daphne Van Houten as the first female participant in the AAAC, which will also mean it’s the first time in more than a century of Australian Opens that we’ve had a woman playing among the field.

“It’s obviously a big deal for Daphne, but it’s important to note that she’s earnt her way into this position as the No.15 player on the WR4GD.

“It’s very important that Daphne gets this opportunity as it’s traditionally been significantly more difficult for women to climb this ladder in a male-dominated space.

“Daphne understands participating in the AAAC will open more doors for women and girls with disability in our sport globally.”

Van Houten was excited with her invitation to the 12-person field, but more so with the chance to help expose more women to the sport.

"I’m delighted to say that we are able to announce Dutch golfer Daphne Van Houten as the first female participant in the AAAC, which will also mean it’s the first time in more than a century of Australian Opens that we’ve had a woman playing among the field." – Christian Hamilton

“It’s sometimes very hard to see women in golf, so if playing in this event helps more women with a disability to play golf, then I’m very happy to (do my part),” she said.

“It’s going to be amazing playing with so many stars (of world golf) … I can’t wait to get there.”

In announcing the rest of the field, Hamilton was equally excited that the now global WR4GD – as opposed to the European standings under which the event was first played last year – means that North Americans can now be part of the event.

“We have two American players in Kenny Bontz and Chad Pfeifer, both leg amputees who have qualified via their ranking positions. And we also have our first Canadian in Kurtis Barkley,” Hamilton said.

“That was a huge effort given the US and Canada only joined the WR4GD in January.

“Bontz is currently working through PGA Champions Tour qualification whilst Pfeifer is the current National US Amputee champion and Barkley, who wasn’t even ranked last year and is now in the world’s top dozen or so.”

Sweden’s Johan Kammerstad returns to defend the AAAC crown he sealed with a superb closing 73 at The Lakes last year when his final round was better than 25 of the able-bodied competitors in the Australian Open.

England’s Mike Browne is another AAAC debutant having climbed the ranks quickly this year. Browne, like New South Welshman Geoff Nicholas, is a leg amputee who is a professional golfer.

Recently crowned Scottish Open (EDGA) champion Brendan Lawlor returns as a professional, after recently signing an agreement as a Modest Golf Ambassador. Lawlor was second in Sydney last year, narrowly ahead of Belgium’s Adem Wahbi, who will also return.

Nicholas’ entry will cap a busy year. The Sydneysider has played the Scottish Open (EDGA), qualified for the Senior Open Championship and is soon to play the EDGA Finale at the DP Tour World Championship in Dubai.

Pollard, a last-minute inclusion in 2018, returns as an automatic qualifier having played brilliantly and consequently playing an enormous role in sparking many people with an intellectual impairment joining the rankings from Special Olympics. 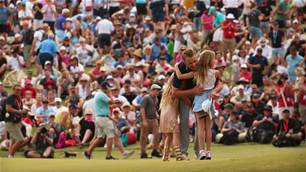 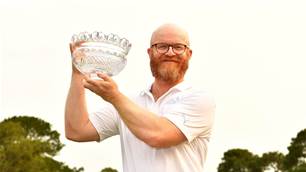 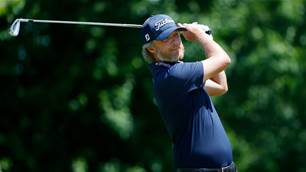