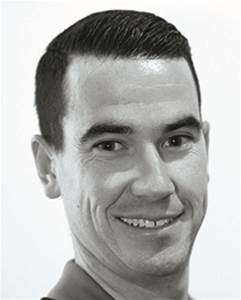 FIRST IMPRESSIONS: Like its immediate predecessor (ST190), Mizuno’s ST200 series of drivers contain as classical a look as can be achieved in a modern driver head. The ST200 and ST200 G both produce slight improvements in performance and feel when compared to the previous models, creating a quality alternative to some of the more dominant names in driver manufacturing.

At address both look simple and confidence inspiring, with the adjustable-weight G appearing slightly smaller with a deeper face, while both models impressed with strong ball flights and improved sound and feel off the clubface.

HOW THEY PERFORMED: Mizuno drivers have always been an interesting segment of the golf manufacturing industry. The company’s major-winning history and die hard following when it comes to irons is well established, while its drivers have helped usher in new technology (including sliding weight technology among others) yet rarely get much mainstream attention.

The ST190 models went a long way towards changing this, earning PGA Tour victory and becoming an option for golfers beyond the Mizuno fan club, including this writer who spent much of the previous 12 months with one in the bag. Following on from an impressive release, the ST200 range offers a slight diversification as well as refinements in areas that would not have been considered the previous iteration’s strong suit.

Personally, this is most noticeable in the ST200 G that stands out as the pick of the lot, but certainly not the only useable option of the range.

A higher pitched sound and slightly harder feel than the standard ST200 is noticeable in the G but the difference has been greatly reduced and the sound and feel could not be described as harsh, whereas the ST190 equivalent was let down in this area.

The improvement in feel is coupled with a lower ball flight in the standard setting, reduced spin and a gain in distance that when placed on a launch monitor will refute any golfer’s claim that Mizuno is an iron and wedge company only. And while still the less forgiving model, a slight improvement in mis-hit performance was noticeable.

With two sliding weights on the sole of the driver, the bottom of the G is without question less classical looking of the two, however behind the ball this is reversed. The adjustable model possesses a true better-player appearance that I really enjoyed.

Although being thoroughly impressed by the G, the standard ST200 also displayed marked improvement when compared side-by-side with the ST190, which became a favourite due to its magnificent feel and forgiveness, without being drastically shorter than its competitors.

The ST200 follows in a similar vein, with the feel even bettered again, while the forgiveness remains but with the major added benefit of at least an extra five metres of carry distance during my testing.

Slightly flatter and wider looking than the G, the ST200 is no ugly duckling and with a nicely finished carbon crown is far removed from the days of Mizuno’s blue-headed experiments of the past. Beyond the comparison to, and improvement upon, the previous models, much of my time with the ST200 drivers was spent comparing the two models.

Whereas, choosing the ST190 over its G version was a simple call personally, the ST200 series saw me lean towards the G model for its slight advantage in length due to being able to really dial in a specific flight and lower spin rate, which has always been an issue. But the choice was far less straightforward and after time spent on the driving range and on course it was clear that either model could easily find its way into my bag.

For its second consecutive driver release, Mizuno has once again proven it is well and truly more than being simply a magnificent producer of forged irons. The ST200 models tested proved themselves worthy options when compared to other brands and represent a noteworthy step forward in key areas from the previous model.

The forgiveness of the ST200 and its simple appearance will appeal to a wide range of golfers, searching for a straight and powerful flight combining distance-producing high launch and low spin characteristics.

For players with higher swing speeds, those that want to truly customise their ball flight or have the ability to change their driver’s performance, which the adjustable weights actually do, the ST200 G is likely to suit better.

Having previously favoured the standard model, the G would just get the nod for me this time around due to its ability to better combine the best features of the two previous ST190 models.

SUITABILITY: With the additional ST200 X model utilising lighter weight componentry, a draw bias and higher flight, there is an ST200 driver model for every golfer.

As always, a fitting with the opportunity to test the models and a range of shafts will ensure finding the right model for each individual, while the adjustable loft sleeve offering five degrees of variation allows for further refinement.

SHAFTS: A range of aftermarket shafts are available from a variety of manufacturers.

LEFT-HANDED MODELS: The standard ST200 is available in left and right-handed in the 9.5º head.

MIZUNO SAYS: The ST200 series is a new breed of Mizuno metalwoods. With the choice of three drivers – each with a ‘Beta rich Titanium’ face, optimising performance from three different ball flights. Created through a landmark collaboration between Mizuno’s Japanese and US Research and Development (R&D) teams and played by Mizuno’s Tour players across the world.

Even faster from the clubface and more reliable from miss-hits – with spin rates adjustable anywhere from mid to ultra-low – the ST200 G is built upon a resilient Beta Rich Forged Titanium face that precisely reaches current tournament regulations – and maintains its characteristics over time.

Combining the unlikely companions of low spin and abundant forgiveness – the ST200 is a high stability driver for players wanting straight line distance and predictability. Utilising the same face technology as the adjustable G model, the standard model is likewise sound engineered for an enhanced sense of feedback and control.

Visit www.mizuno.com.au to find out more. 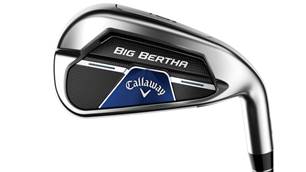