It’s quite funny, really, that without one potato farmer taking an almighty risk, an entire state would almost certainly be without one of its strongest sources of tourism.

Then again, isn’t that how most great things start, with seemingly ordinary people finding the courage and determination to nurture what may seem like an unlikely idea into reality?

Our story begins 32 years ago, when Richard Sattler and his wife, Sally, purchased 15,000 acres of potato and cattle-grazing land near the seaside town of Bridport in north-east Tasmania. The farm, with its dry and sandy soil, was just about perfect for the 5,000 head of cattle and thousands of tons of potatoes. But the rolling dunes along the coastline didn’t offer much in the way of farming and, aside from their visual appeal, were effectively deemed useless, at least in the eyes of our farming protagonist. 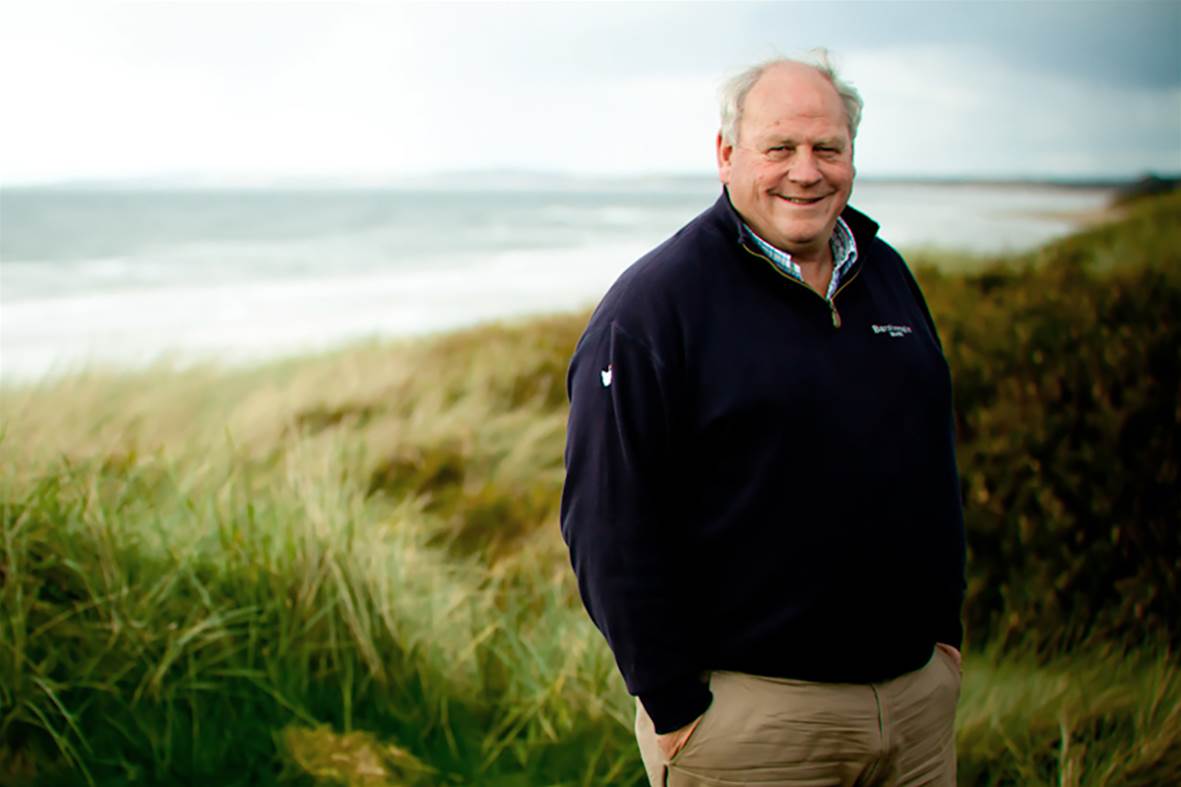 Fast forward to 2001, however, and the Sattlers’ landline was working overtime, as 23-year-old entrepreneur Greg Ramsay desperately tried to make contact with the owners of the windswept property. The golf enthusiast had just returned home to Tasmania after 12 months abroad in Scotland – where he caddied at St Andrews and worked in the whiskey industry – and had identified the coastal dunes on Sattler’s farm as having the potential to become an idyllic place for links golf.

After his phone calls fell on deaf ears, Ramsay decided to take matters into his own hands and arrived at the farm unannounced, eventually managing to convince Sattler to consider the possibility of golf holes on his hilly dunes.

Twelve months later, Ramsay had assembled three huge names in the world of golf – renowned course architect, Tom Doak, former professional golfer turned architect, Mike Clayton, and American course developer, Mike Keiser, of Bandon Dunes fame – who each told Sattler that his land had the potential to house something world-class, so long as it was built properly. And this would, of course, take money.

Sattler had worked on numerous developments throughout Tasmania before – but golf was something completely foreign to him, and despite the aforementioned experts lauding his land, he couldn’t help but wonder if its isolated geographical position would limit its appeal. 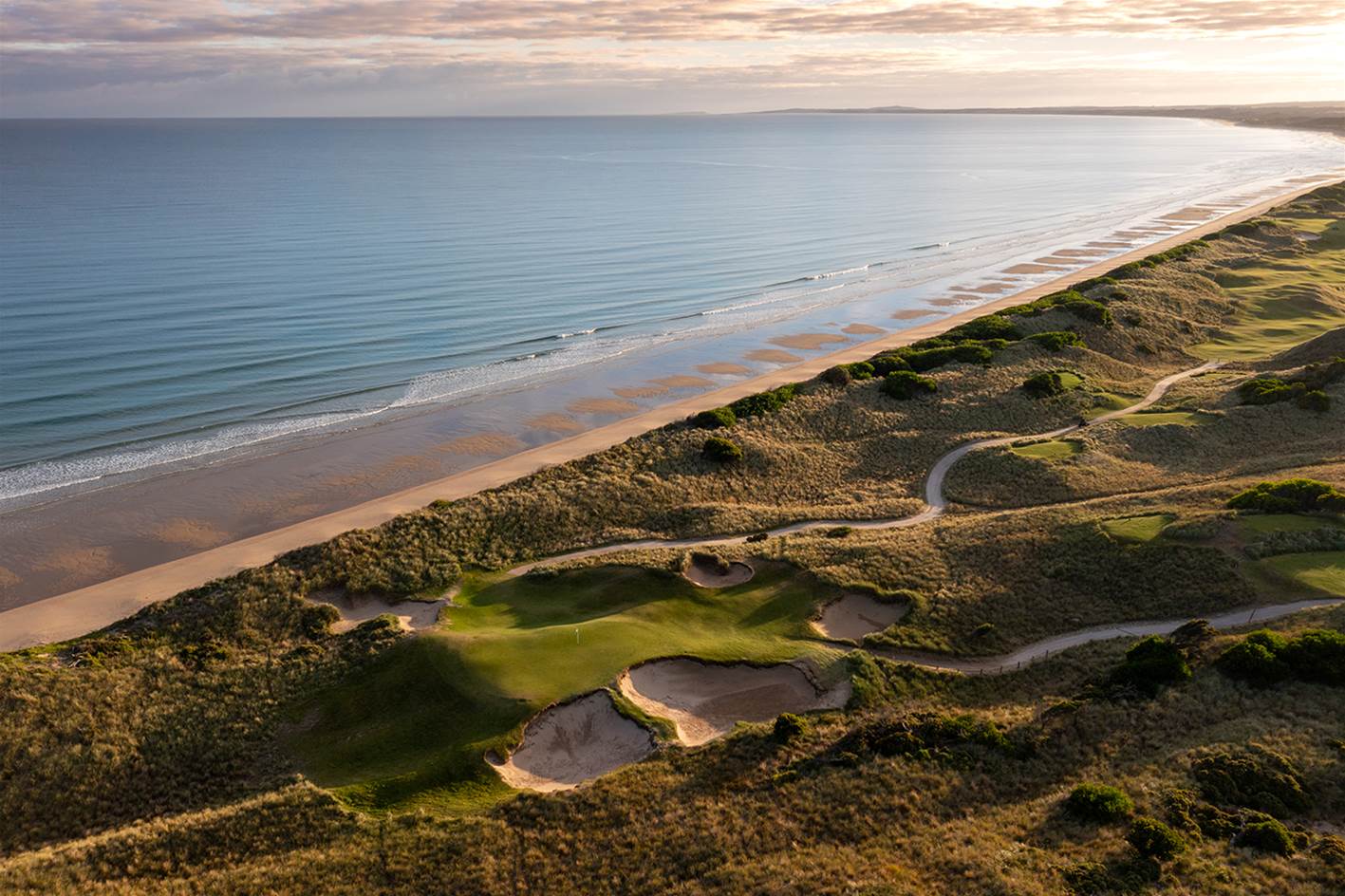 The 7th hole at Barnbougle is one of Australia's best par-3s. PHOTO: Brendan James.

It’s not hard to imagine Sattler looking out over those vast sandy dunes after another long day of work on his farm, wondering whether or not to pull the trigger on the project. You can almost hear the evening winds whipping in off Bass Strait, whispering to him over and over again, “If you build it, they will come."

Perhaps that sentiment was more convincing coming from Keiser, however, who, together with his wife Lindy, had struck up a close friendship with the Sattlers. Nevertheless, Richard eventually made the bold decision to invest $4 million into the project and ground was finally broken on the site after years of deliberation.

“There was huge doubt,” Sattler told Golf Australia magazine. “Every day I woke up and thought ‘I’ve got to be crazy’. I worried about where on earth golfers would come from to play, whether the course would be as good as we were told it could be and whether people would come and play in this sort of climate. There was doubt on just about every angle.”

Everything seems obvious in hindsight, of course, but Sattler needn’t have worried. Barnbougle Dunes – his field of dreams – was officially unveiled to the world in December 2004 and within six months of opening, it was ranked inside the top-50 golf courses on the planet.

“There was a lot of confidence before it opened because of the great design, but no one really knew if people would make the trip this far away to come and play the course,” Sattler said.

“In those early days, I remember one of the cable TV channels from the US came out to look at the course and they started off by saying, ‘Here we are at the end of civilised earth’. I thought ‘jeez’ and that made me feel a little bit negative (laughs). But a huge portion of our business comes from international visitors.”

Those global visitors have, for nearly 17 years now, been greeted by 18 holes of pure, unadulterated fun. Doak and Clayton’s design is incredibly impressive and presents one visually spectacular hole after another, as it meanders its way through and over dunes that were once considered useless.

The success of Barnbougle Dunes – which was ranked third in Australia’s Top-100 Courses for 2020 by this magazine – ultimately led to the creation of its next-door neighbour in 2010.

The 20-hole layout at Lost Farm, which can be found amongst tall sand dunes east of its elder sibling, places a premium on good strategy tee-to-green, while the routing takes you to each point of the compass.

“Every time I play Bill Coore’s masterpiece on Bass Strait, I find some ground feature or pin position I had never previously noticed. It’s a close-run thing for the title of ‘Best Course at Bridport’, but for the fine details of Lost Farm raise it slightly above its rugged, dramatic sister next door,” Scott Warren, Golf Australia magazine Top-100 judge, said. 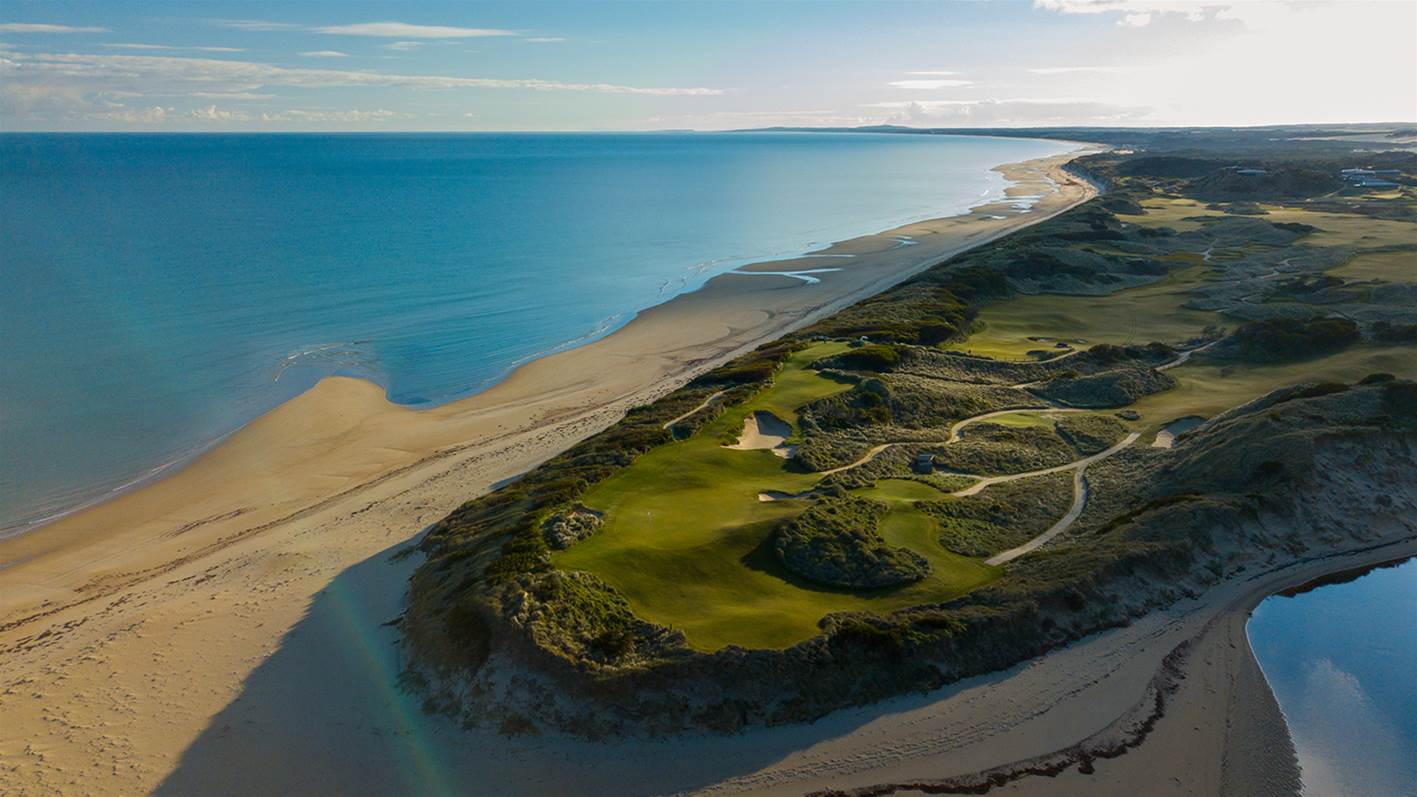 The two courses at Barnbougle eventually became the catalyst for an explosion of golf tourism in Tasmania. Their success provided much-needed confidence for investors and developers alike, who were essentially given all the proof they needed that the cul-de-sac of the world had the ability to attract global golfers.