Comments: “RACV Healesville is not your average course; par 68 measuring just under 5,000 metres. The course possesses many holes of wonderful design. It is a layout focussing primarily upon fun and playability. It is a unique, intelligent design. Despite its modest length, it demands a place in the upper echelon of the nation’s courses. It boasts many fine holes, which would be the envy of countless courses through the country.” – Matt Mollica. Comments: “In my opinion, this could be the best conditioned course in Queensland.” – Peter Martin.

“The Grand drifts seamlessly between flat easy-walking holes to more undulating terrain, with both areas of the course offering their own challenges. I really like the collection of par-3s at The Grand, especially the thickly tree-lined downhill 8th that features a longish green surrounded by bunkers and asks you to choose your club wisely.” – Graham Brady. Comments: "Huntingdale is good, not great. I still think a lot of the praise for Huntingdale comes from the defunct Masters. It is beautifully presented but the various renovations over the years have left a dysfunctional course that deserves better. It’s still good, but it should be great.” – Kevin Nolan.

“Iconic Sandbelt bunkering is plentiful across the course, particularly around the challenging putting surfaces. But the greens, in my opinion, have struggled for consistent first-class conditioning with the change to Poa Annua.” – Peter Shaw.

“The fairways of the inward nine are lined with hundreds of Tuart trees and Jones’ routing to include these ancient trees as an integral part of his design adds to the excitement and beauty of the finishing holes.” – Brendan James.

“I have played Meadow Springs perhaps a dozen times in the past five-six years and I’m yet to encounter fairways, tees and greens there that are not superbly presented.” – Nikki Scott.

Comments: “To look at Royal Sydney today it is difficult to imagine it was once a classic links course looked on favourably by a visiting Alister MacKenzie in 1926. He even compiled a five-page report of improvements, mainly to the bunkering, but these changes were either not taken up by the club or simply disappeared under trees and scrub over the decades. A Gil Hanse rebuild will hopefully go some way to recapturing the glory of the original links that impressed MacKenzie.” – Brendan James.

"The wait goes on to truly unlock the marvellous potential of what is incredibly good ground for golf. The Gil Hanse renovation will secure an exciting future for this grand and historic club. But when?” – Adrian Logue. 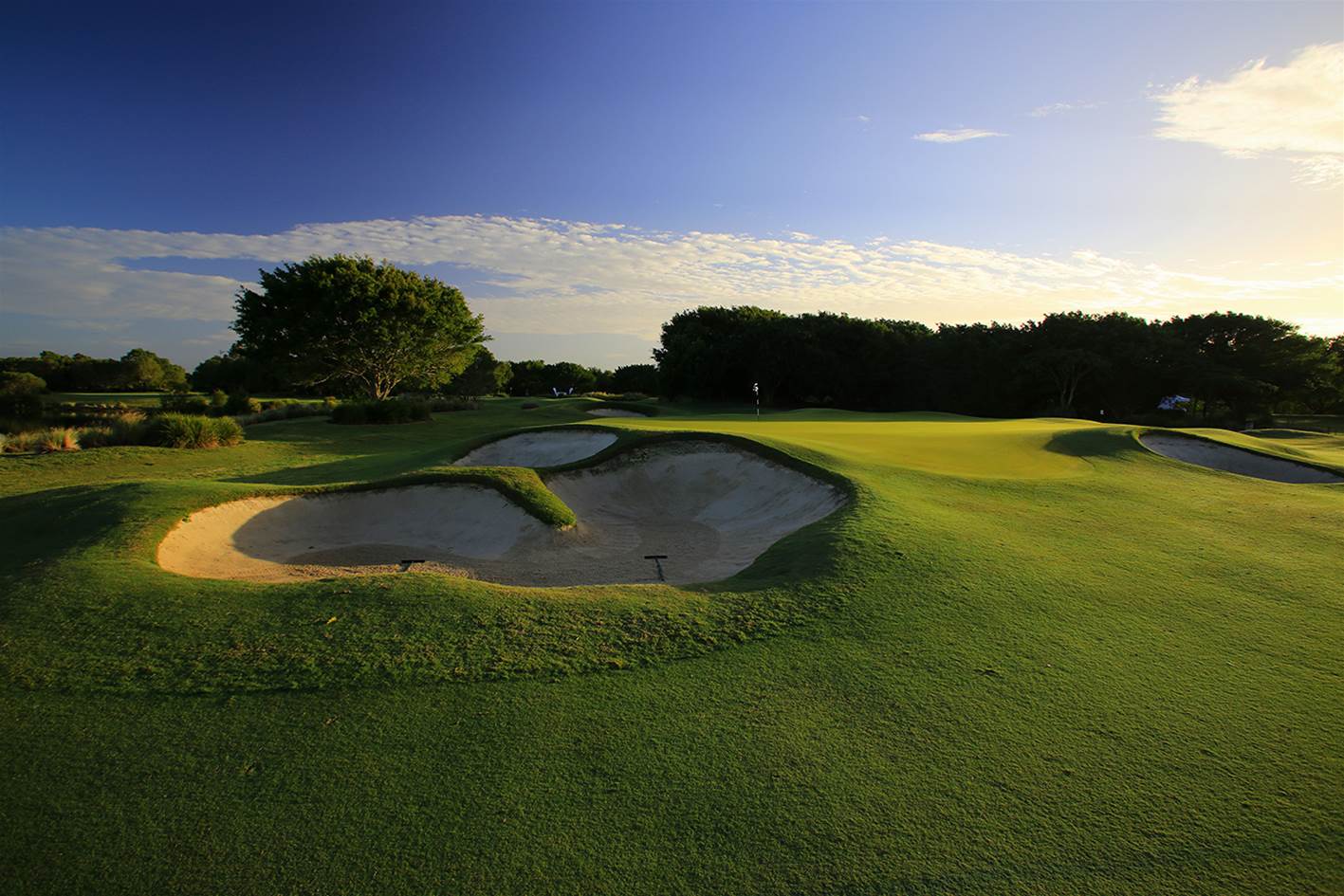 Comments: “There have been several up-and-downs over the journey but Hope Island reaches its 25th year in career best shape and remains a must-play for any golfer heading to the Gold Coast.” – Brendan James.

“I was sceptical when I heard the 9th hole, a high-quality par-4, was being decommissioned and replaced by a par-3 played over the lake that used to be peppered by practice balls. But I was pleasantly surprised and enjoyed the new addition to the layout.” – Joseph Baker.

“Hope Island has rarely looked better in the past two decades. What I like most is the firmness of the ground, which allows you to play a range of different shots into the greens.” – Ally Peters. Comments: "With all the major drainage work done and bedded in, the South Course is starting to shine. It is a big, bold layout which might expect from the Greg Norman stable but it is the strategic lines of play and creative green complexes that get the golfing juices flowing.” – Brendan James.

“There’s plenty of width, good green complexes and no doubt the condition will continue to improve as the course beds in.” – Kevin Nolan.

Comments: “The Creek Course is also part of Darius Oliver’s bunker rationalisation and improvement plan. There are a few bunkers that perhaps don’t need to be there and hopefully he will address the elephant in the room, the run of holes from 12 to 15 that just aren’t up to the standard of the other 14.” – Brian Walshe.

“Excellent presentation with big wide fairways, large interesting greens. Many visiting golfers head to 13th Beach’s Beach Course, but more attention should be paid to the Creek Course, which, in my opinion, is far more enjoyable to play than it's higher ranked neighbour.” – Kevin Nolan.

Comments: "Even bad scoring days here are really enjoyable and you can put that down to the quality of the course. There are plenty of standouts – the 3rd, 7th, 8th, 12th, 14th, 15th and 18th – are all a lot of fun, simply because they all offer something different.” – Susan Johnson.

“The Vintage is an interesting, enjoyable design complemented by well-presented playing surfaces. Can’t ask for much more than that.” – Joe Thomas.

“A round at The Vintage seems to build to a climax with the run back to the clubhouse starting at the short par-4 13th, encourages a range of interesting tee shot strategies.” – Brendan James. 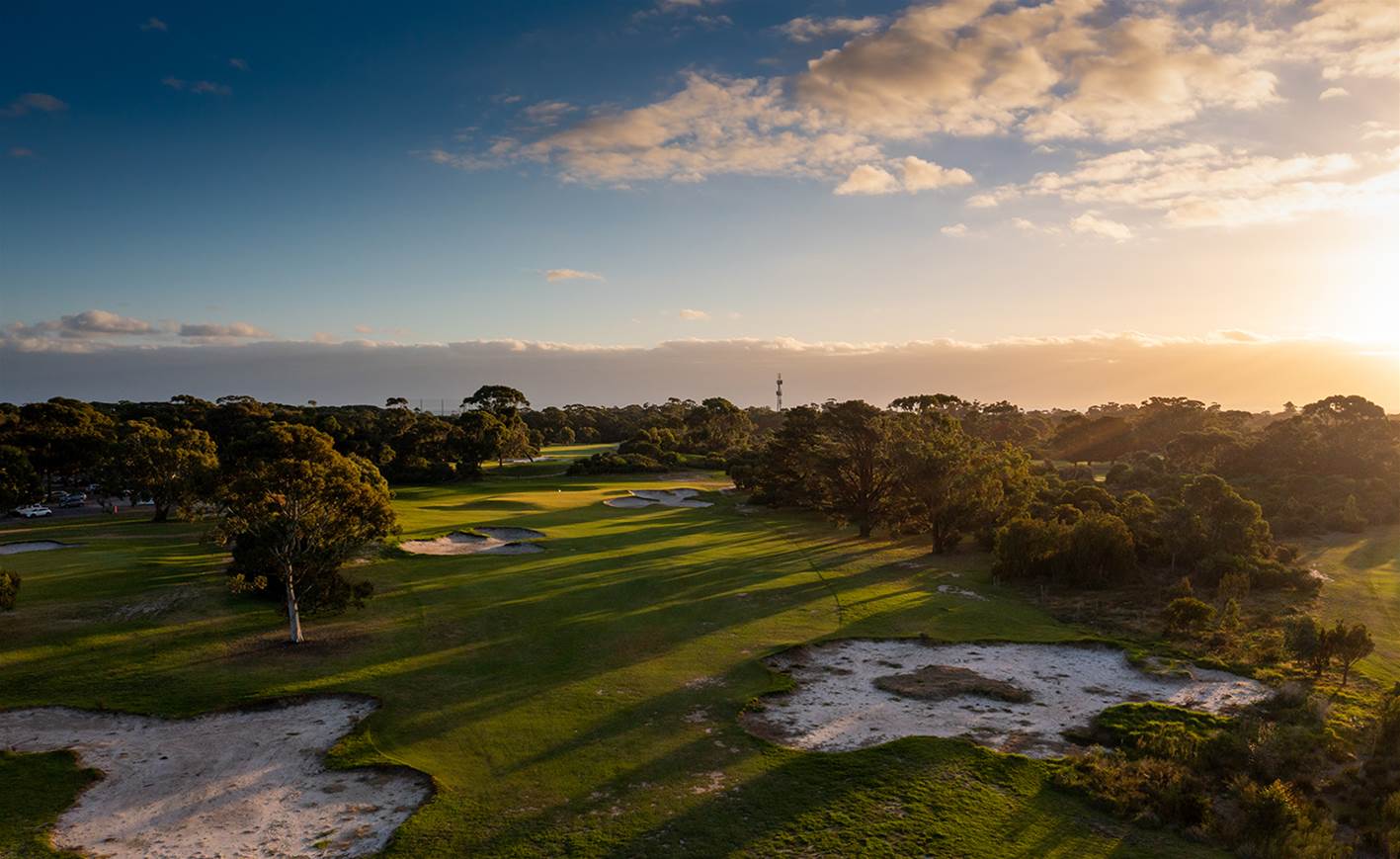 Comments: “This is a really interesting redesign by OCM that could be the future of public golf. It has plenty of width off the tee, is short by modern standards but tricky around the greens for low handicappers to provide a challenge. The public are eating it up with the course solidly booked.” – Ashley Clinch.

“Sandy Links is an exciting new addition to the Top-100, which is destined to climb higher in this list as the playing surfaces mature and more judges get to sample its pure golfing delights post-COVID.” – Brendan James.

“This OCM redesigned course has a lot more strategic merit, and gives the general public a taste of what its more famous Sandbelt neighbours are offering.” – Carl Murphy.

Comments: “There have been lots of changes made at Terrey Hills in recent years with the biggest being the resurfacing of all 18 greens with a new blended bentgrass, while the surrounds were converted to Santa Ana couch. As you might expect with a private club like Terrey Hills, the conditioning is first class.” – Brendan James.

"This is a beautiful setting for golf, right alongside a national park, with nicely manicured fairways and greens. What a like most though is it is a challenging, but fair, course.” – Susan Johnson.

Comments: "For the fifth consecutive Top-100 Courses ranking, Curlewis has once again crept higher in the list on the back of well-considered design changes and a continued devotion to simply just keep improving the course.” – Brendan James.

“One of the most improved courses in this country during the past decade. Recent changes – like the complete redesign of the 1st and 9th holes, opening up of several holes by clearing of trees, the renovation of key bunkers, the creation of sandy wasteland areas and the overall increased width of many holes – have all added to Curlewis being a better course than it was just a handful of years ago.” – Hamish Walker.

“Curlewis is a pleasant surprise. There are some well-designed holes offering a variety of decisions during the round, however the church pew designed bunkers did feel a little out of place.” – Carl Murphy. Comments: “The East Course is a wonderful golfing contrast to the adjoining West Course. Norman’s design has more dramatic lines and visuals, dominated by his trademark bold bunkering. Then there are surprising holes – like the long par-4 10th, which boasts only one bunker to the right of the long green – that are more challenging than first appearances suggest.” – Brendan James.

“Greg Norman’s redesign is a favourite of members but it does feel hemmed in and manipulated at times, particularly on the front nine. It’s strange, given they do it well on the West Course. The best holes on the back nine come late in the round at the 14th, 15th and 17th holes.” – Ashley Clinch.