Whenever I bang on about the increasingly one-dimensional nature of the play at (male) golf’s elite level, I have first to make myself clear.

The stars of our game are, generally speaking, sensitive souls quick to take offence even when none is intended. Egos, you know. So, let’s knock on the head right now the often-stated, but mistaken, response to my assessment of the dominant style of play on Tour.

My hopefully constructive and thought-provoking criticism is not an attack on the talent-levels owned by those at the sharp end of the game. Far from it. To argue that men like Brooks Koepka, Rory McIlroy, Justin Thomas and Jon Rahm are not incredibly gifted individuals would be ridiculous. They are clearly worthy of our admiration and praise. But comparisons between them and past greats remain valid and worthy of debate. Golf at the top level has changed and not for the better. It is less nuanced, less subtle, less strategic, less sophisticated and, I contend, way less interesting to watch.

Here’s the thing. The basic problem is not that our star performers are not capable of hitting just about any shot you care to mention. No, it’s that they are so rarely asked to do so. Or, just as often, there is no point in them even trying. Hamstrung by a ball that does not spin nearly enough, any temptation to shape a shot or vary trajectory – as the likes of Lee Trevino and Seve Ballesteros used to do – is all but eliminated. So everyone ends up hitting virtually the same shot. And who can blame them? Why make things more difficult than they need to be?

In other words, the talents of those occupying the highest spots in the world rankings are being wasted, or at least left unused. Think about it. When was the last time you heard it said of a PGA Tour tournament venue that it would ask the competitors to hit “every club in the bag?” How often are the leading players asked to hit more than a 7-iron to a par-4? A couple of years ago, Dustin Johnson could have answered that question by saying, “Once all season.” And that was a lone 6-iron. A staggering statistic.

My mind also wanders to my friend, Nicolas Colsaerts.

The charming Belgian is the current French Open Champion and a former Ryder Cup player, so he’s not doing too badly in the game that has been his professional life. But here’s the thing. Nico is one of the best in the world when it comes to hitting long irons, a superior talent much deserving of advantage. But that’s not happening, at least not as much as it should. Long irons see only limited use on today’s Tours. Even on the few occasions when, say, a 3-iron approach is required, the vast majority of players whip out their much more forgiving hybrids, bypassing the more difficult test of their abilities.

The end result, of course, is a diminished product, one dumbed-down by a mindless emphasis on distance. In turn, that has negative implications in the area of course set-up.

Tournament officials are forced to adopt all kinds of little tricks in order to keep the scoring within what most would deem acceptable parameters. You’ll have seen them all if you are paying attention. Greens are too fast. Rough is too thick. Pin positions are too tight. Tees are disappearing backwards into the middle distance. Banks on the edge of water hazards are shaved close. The list goes on.

All of those things can, in the right places, be acceptable. But all too often they are not. Take the Old Course at St. Andrews. Right now, the model for every other course on the planet features more offensive and inappropriate long grass than ever before. And one can only imagine some of the silly pin positions the R&A will come up with when the Open Championship makes its belated return there in 2022. All of which might still be in vain. Given good weather – it does happen in Scotland, honest – the prospect of multiple scores in the high 50s is real.

It’s not a pretty picture is it?

But it is hard to be positive when no one today (Bubba Watson apart) plays the game like Lee or Seve? No one is shaping shots to any great extent. It’s all “crash-bang-wallop.” I laugh out loud when I hear a television commentator claim that player X is going to “move this one in from right-to-left.” No he isn’t! He’s just not. So how can that be an improvement on what we saw from past generations? The sad and depressing conclusion is that it can’t. 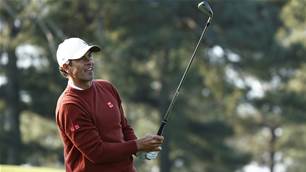