If day two of the 101st USPGA Championship was a cinematic experience filmed in glorious technicolour rather than a golf tournament played under generally monochrome skies, it would surely be a 12-hour long “chase movie.”

Featuring a variety of stars above the title, it would feature a mysterious and silent assassin, ‘Brooks Koepka’ as the leading man. A pair of handsome and debonair charmers, ‘Adam Scott and Jordan Spieth,’ would be in closest pursuit. And the obligatory anti-hero, ‘Tiger Woods,’ would be gone halfway through the proceedings, the victim of a deep and ultimately fatal cut.

Starting with the guy at the top of the bill, even the prospect of a seven-shot advantage didn’t stop Koepka a little dissatisfaction with his script. Claiming to have struggled with his driving, he had relied on outstanding work on the greens to get him through what he called “a tough day.”

“Today was a battle,” he said with a smile. “I didn't strike it that good. I was leaking a few to the right. But the way I hung in there today and battled was probably more impressive than yesterday. I didn’t have my A-game but was still able to shoot a great score. I was very, very pleased with the way I played today. Brooks Koepka holes a birdie putt on the 18th hole to take a seven-shot lead into the weekend. PHOTO: Getty Images.

“I'd like to see the lead grow as large as it possibly can. I still have to go out there and do what I'm supposed to do. I need to keep putting the ball in the right spots and make sure I don't make any double-bogeys. If I do that I should have a good chance of winning the championship.”

Such quibbles aside, the climax was pretty good. Koepka’s 36-hole aggregate of 128, 12-under par, is a new record for the first two rounds of major championship play. He even had time what was either an ad-lib or a brief inability to memorise his lines. Asked if he had a Woods-like record at the majors in his sights, the 29-year old Floridian said he still had “11 to go.” Which will be true only if and when he completes his fourth Grand Slam win on Sunday evening.

As for Scott, even the low-round of the day, a six-under par 64, was not enough to elevate him from a supporting role. The one pity was that Scott could have gone even lower. With three holes to play he was entertaining thoughts of what would have been only the second 62 in major championship history. That possibility ended on the 17th green, however, where Scott, after making almost every putt he looked at, missed from no more than three-feet. 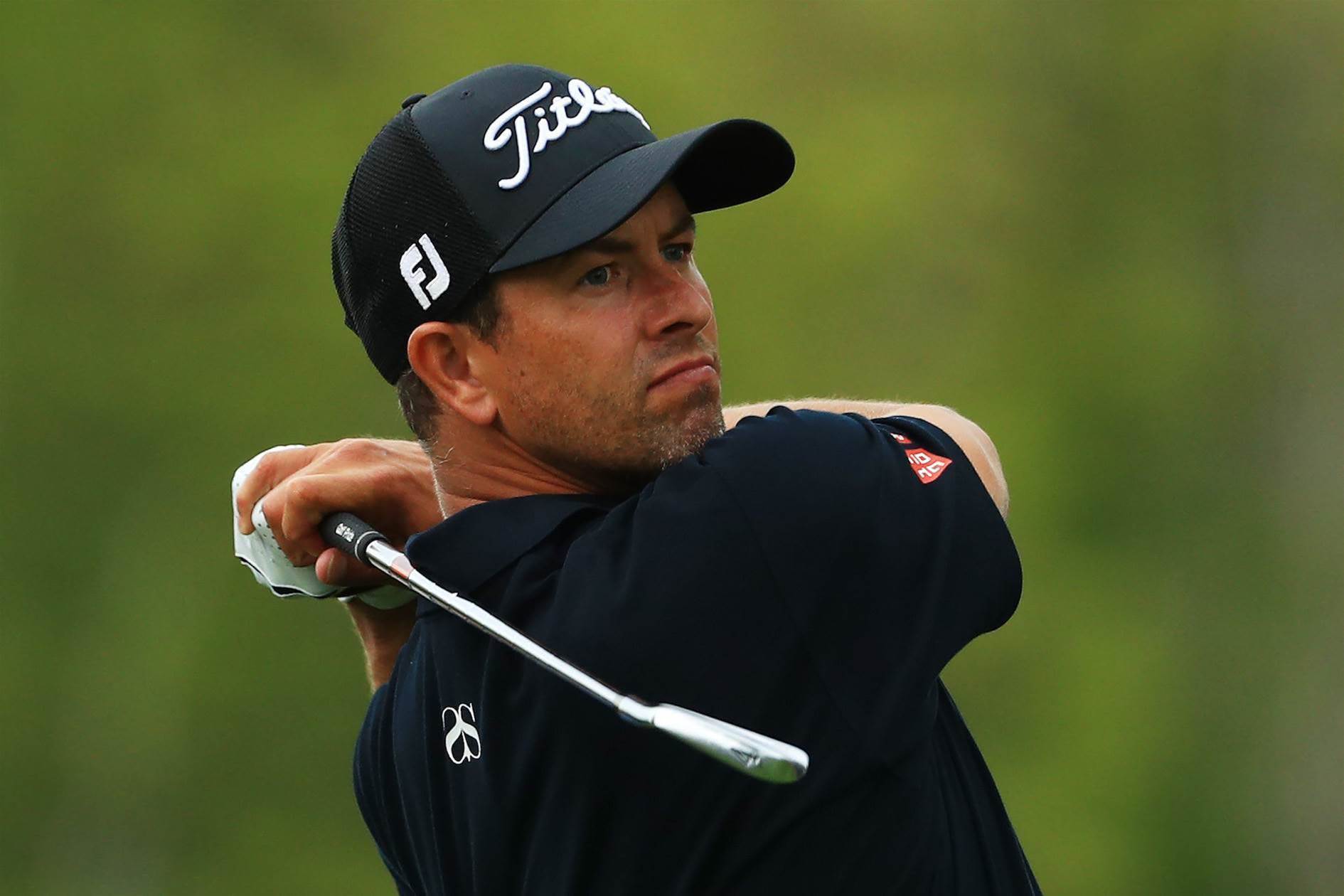 Still, a nice up-and-down to save par on the final hole – after his drive found sand – had the Queenslander looking at the many positives rather than any lingering disappointment.

“Overall, if you shoot 64 in a major, you've had a great day,” he said. “And I did today. I got off to a great start and managed to keep it going for a lot of the day. There was lots of great stuff, which I had to do. And it looks like I'm going to have to do lots more great stuff over the weekend.

“I feel like I've got my head in a good place this week. Yesterday I played pretty well. I was grinding it out at one-under but threw in one bad swing. All of a sudden, you have a completely different feeling on the whole day. Generally though, my game is in a really great place.” Understandably, Woods was less effusive in the wake of his early departure. The 15-time major winner, complaining of not feeling 100 percent, added a 73 to his opening 72 and missed out by a single shot. In truth, he played a lacklustre role. Only twice did the recent winner of the Masters find the fairway off the tee, a paltry statistic that inevitably translated into only nine greens hit in regulation figures.

RIGHT: A rusty Tiger Woods has missed the cut after "making too many little mistakes". PHOTO: Getty Images.

“I just didn’t have it,” was his immediate reaction to what is only his fourth missed cut in an event he has won four times. “But that’s just the way it goes. I made too many mistakes and just didn't do the little things I needed to do. I had a couple three-putts. I didn't hit wedges close. I didn't hit hardly any fairways. I just did a lot of little things wrong.”

There was time too, for a tribute to the leading man, one reminiscent of his younger self: “relative to the field, I was as long as Brooks, early in my career.” “He is driving it 330 yards in the middle of the fairway,” Woods continued. “He's got 9-irons into greens when most of us are hitting 5-irons, 4-irons. And he's putting well. That adds up to a pretty substantial lead. If he keeps doing what he's doing, there's no reason why he can't build on that.

“The course is soft enough where his power helps. When he did miss a fairway, he missed it far enough down where he was still able to hit wedges and 9-irons to the green. And on top of that, he missed on the correct sides. So he had good angles.”

Any good movie needs a good cast of minor characters though. Which is where Jason Day finds himself. Alongside compatriot Cam Smith and one ahead of Lucas Herbert (who birdied the last hole to scrape under the cut-line) the 2015 champion is, so far at least, no more than a distant member of the chorus line. After a 74 that he described as “terrible,” Day and Smith are three-over par and a yawning 15-shots behind the seemingly unstoppable star of the show. Jason Day plays out of the trees during his second round 74. PHOTO: Getty Images.

“It was frustrating out there today,” said Day. “I had no idea where the ball was going. I was losing it both right and left. I just didn’t drive it as well as I did yesterday. I couldn’t commit to my swing because I just didn’t know which way the ball was going to go. It was like trying to drive a car blind. I just wasn’t in position to give myself chances. All I could so was try and scratch my way into the weekend.”

The other four Aussies in the starting line-up all failed to achieve that relatively modest goal. Home for the weekend are Craig Hocknull (159), Stuart Deane (158), Brendan Jones (154) and Marc Leishman (148).